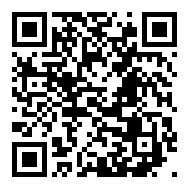 Chinese agrochemical company Rudong Zhongyi Chemical has recently been granted the registration approval for its fungicide 94% cyazofamid technical from Institute for the Control of Agrochemicals, Ministry of Agriculture (ICAMA). The cyazofamid production line has been finished with an annual capacity of 200 tons, and is expected to put into operation in the first half of next year. Most cyazofamid produced is for export, according to the company.

Cyazofamid is a foliar and soil preventive fungicide with residual activity and rain fastness. It inhibits Qi (the ubiquinone reducing site) of cytochrome bc1 at complex III (ubiquinol-cytochrome c reductase) , destroying the mitochondrial respiratory chain of the pathogens. Cyazofamid protects crops against oomycete and plasmodiophora diseases with special effectiveness to potato and tomato late blight (Phytophthora infestans) and downy mildews.

Cyazofamid was first developed by Ishihara and marketed by BASF in other regions except Asia. The product has a relatively strong competition with other fungicides. Cyazofamid was introduced in the UK and France for potato blight control in 2001, and in Japan on vine, potato, tomato etc. The product was launched in Mexico in 2005, in USA and Brazil in 2006 as Ranman and in Canada in 2007.

In 2011, Ishihara mixed cyazofamid with polyoxins as Greenwork and received Japan registration. Belchim launched the mixture product as Ranman Top in Italy, while ISK ‘s Torrent was approved by Canada in 2012. The EU has proposed to extend the validity of current registration until 31, July 2016.