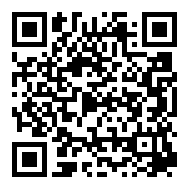 Dinotefuran was a chloronicotinyl insecticide first developed by Mitsui Chemicals with systemic activity. Readily taken up by plant and further distributed acropetally, dinotefuran antagonizes the nicotinic acetylcholine receptor in insects and impact their central nervous system. The insecticide can be used to control sucking insects such as whiteflies, plant bugs, and certain kinds of coleoptera, diptera, and lepidoptera insects.

Mitsui Chemicals first registered dinotefuran in Japan in 2001, and introduced in 2002 the 2% granule formulation and 20% soluble granule. The product was introduced in Korean in 2003 and was registered to use on cotton, vine, vegetables, potatoes and non-crop in the U.S in 2005. Valent’s venom received registration in 2006 for use on vines and in 2007 for use on vegetables. Sumitomo subsidiary Summit VetPharm launched Vectra for flea treatment of cats and dogs in the USA in 2008. In 2010, Gowan’s Scorpion 35SL was approved by US EPA for use on cucurbits, fruiting vegetables, brassicas,potatoes, grapes and leafy vegetables. The product was undergoing registration review in 2012 in the USA.