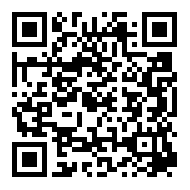 Favorites Print
ForwardShare
Oct. 18, 2013
Scientists from Banaras Hindu University and Indian Institute of Vegetable Research genetically engineered tomato plants expressing ZAT12 gene, which is known to control the expression of many stress-activated genes in plants. Results of the Southern blot hybridization revealed the successful integration of the gene into the nuclear genome of the transformed tomato lines (To ). RT-PCR also confirmed the expression of the gene in the T2 generation plants.