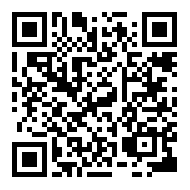 Chinese company Jiangsu Weunite Fine Chemical has been granted the registration approval for its herbicide 96% chlorthal-dimethyl technical from Institute for the Control of Agrochemicals, Ministry of Agriculture (ICAMA). As per Chinese Pesticide Registration Watch, Weunite Fine Chemical is the first company approved for chlorthal-dimethyl technical in China.

Chlorthal-dimethyl is a selective non-systemic herbicide, which could be absorbed by the coleoptiles (grasses) and hypocotyls, kills germinating seeds. It is used for pre-emergence control of annual grasses and some annual broad-leaved weeds in onions, garlic, leeks, tomatoes, lettuce, cucurbits, soya beans, cotton, ornamentals, and other crops.

Chlorthal-dimethyl product was first introduced in 1960. Amvac acquired Dacthal (Chlorthal-dimethyl) from GB BioScience and obtained the label in US in the same year. In 2008, Amvac cancelled 28 crops in product label due to the concerns of groundwater protection. Dacthal has a relatively small market share with its focus on fruit and vegetables, and is often in mixture with other products. Dacthal has not been re-registered in the EU.