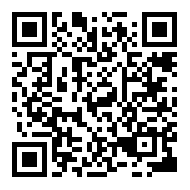 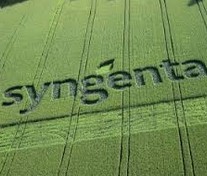 Syngenta has unveiled plans to increase global crop yields by up to 20 per cent by 2020, while helping farmers use less agrochemicals and put in place measures to boost biodiversity.

In a series of launch events around the world it has outlined six commitments to address the world’s food security and environmental issues in its Good Growth Plan.

The headline commitment is to increase the average productivity of the world’s crops by 20 per cent without using more land, water or crops.

The agro-chemical giant intends to achieve this by pursuing different approaches in different parts of the world, through, for example, crop breeding, development of new and improved inputs and working with agronomists and farmers to improve the way crops and inputs are managed.

The company’s other five commitments focus mainly on boosting the environment and helping farmers in developing countries. They are:

•    Rescue more farmland: By improving the fertility of 10 million hectares of farmland on the brink of degradation
•    Help biodiversity flourish: By enhance biodiversity on 5 million hectares of farmland
•    Empower smallholders: Reach 20 million smallholders and enable them to increase productivity by 50 percent
•    Help people stay safe: Train 20 million farm workers on labor safety, especially in developing countries
•    Look after every worker: By striving for fair labour conditions throughout its entire supply chain network.

Speaking to Farmers Guardian at the Brussels launch event, Jon Parr, Syngenta European regional director, said the plan could make a ‘radical difference’ to crop production and environmental management of the future.

He acknowledged that the 20 per cent yield increase target was a global average and that not everywhere could expect that ‘overnight’.

But in the UK, for example, he said the company is expecting significant yield boosts from its new hybrid barley and is hoping to apply the same technology to wheat.

Syngenta executives said the company remained committed to GM technology in certain parts of the world, as part of the drive to achieve the aims of its strategy, but said GM was unlikely to play a significant role in Europe to political and public opposition.

Mr Parr stressed said the ‘whole company had been reshaped’ to bring the seeds and the inputs sides together and that this had enabled it to take a more holistic approach to tackling the global issues of food security, land availability and the environmental impact of farming.

“We haven’t got all the answers and we cannot do this alone. We need to work with farmers, agronomists and other organisations to deliver this. The targets are ambitious but I believe they are achievable and that this can make a radical difference,” he said.

The plan received generally positive feedback from around 70 guests invited from all over the world at the Brussels event. But guests urged Syngenta to communicate its strategy fully and transparently to the public and to ensure it engages fully with farmers as it implements it.

Mr Parr refuted suggestions that plan is designed to boost the company’s image as much as production and the environment. He said the company’s targets would be measurable and that it was prepared to be held to account as the plan was put into place.

During the launch, Syngenta senior agronomist Geoff Coates gave a presentation on the company’s Operation Pollinator as an example of how it working with farmers to balance agricultural production with environmental management, through, for example, field margins.

Environmentalists remained caution. Birdlife’s Ariel Brunner welcomed the commitment to enhancing biodiversity but said he would ‘reserve judgement’ and ‘remained sceptical’ until he could what this means in practice.

Mike Mack, chief executive officer of Syngenta, said: “We have always been acutely aware that our business can only grow if we ensure that farming is carried out in a sustainable way.

“Delivering on these commitments won’t be easy given the conflicting views of society on agriculture and food production.

“The Good Growth Plan represents our collective commitment as a company to do things differently and better. We know we can’t solve the challenges alone which is why we are bringing together stakeholders from across the world to share our intent and to benefit from their input.”