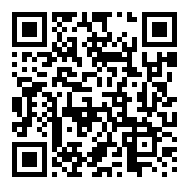 DuPont Brazil recently announced that its Premio®insecticide has received approval for emergency use to control Helicoverpa and Spodoptera eridania caterpillars, among others, in both cotton and soybeans crops. The pesticide, Premio ®, was released almost three years ago, and it is considered a last generation agrochemical formulation by presenting the innovative molecule Rynaxypyr®, which combines high- efficiency insecticide in low doses, low toxicity to the ones who apply it and reduced environmental impact .

Since its release, DuPont`s product has revolutionized the concept of insecticides use, particularly for its effectiveness in controlling complex caterpillars in cotton, corn and soybeans, including Alabama argillacea, Heliothis virescens, Pseudoplusia includes and Spodoptera frugiperda .

According to Aprosoja,Helicoverpasp attacks have already cost almost R$ 2 billion to Brazilian producers. The institution calculates that more than 35% of oilseed last harvest in Bahia has suffered losses due to attacks of this worm. In cotton crops, there are reports of outbreaks of Helicoverpa population in 21 states in Brazil, reaching an production average loss of 11%, according to Embrapa technicians.

DuPont`s agronomists indicate that under favorable climate conditions encountered in Brazil, and its great ability to travel long distances, the Helicoverpasp became the main disease problem of summer crops.

Embrapa stated that this is a caterpillar very hard to control and with a large capacity of insecticides resistance, regarding the Helicoverpa.

One of the solutions tested by Brazilian experts to fight Helicoverpasp is the Integrated Pest Management (IPM ), a methodology based on chemical control combined with biological control, and the use of pesticides that preserve natural pests enemies. DuPont points out Premio® insecticide as an "ideal product" for IPM, due to its high insects selectivity of the that are beneficial to crops.

The benefits of Premio® recognized by producers from all over Brazil are many, but among them are fast action, long period of control and rain resistance, besides application in low doses per hectare and excellent cost-benefit, as reported by DuPont, which already provides the necessary updates to its insecticide registration.