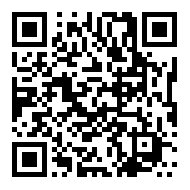 Favorites Print
ForwardShare
Nov. 29, 2007
The UK needs to encourage genetically modified crop technology or face a research, development and technology backlog, the plant science research group, the National Institute for Agricultural Botany (NIAB) warns. "Unless we grasp the technology and have confidence in the regulatory system, then we will go through a huge innovation bottleneck where opportunities that have been created are not going to be exploited," the NIAB's chief executive and director, Professor Wayne Powell, says.
The warning comes in response to comments by the government's outgoing chief scientific adviser, Sir David King, about the need for GM crop technology and research in the country. The NIAB endorses Sir David's call to promote GM crops amid global agricultural scarcity arising from increasing demand against fewer resources. It labels GM technology as "crucial" to overcome these challenges.
Professor Powell also emphasises that GM crop technology should be trialled and evaluated locally rather than abroad. The UK has an able system to carry out research and inform decision makers on the technology, Professor Powell says. The NIAB has the "competency, capability and independent governance" to develop GM technology safely, while the Department for the Environment, Food and Rural Affairs has "stringent regulations for field trials".
Both experts have emphasised that GM technology's advantages outweigh its risks. "GM science and technology provides huge potential benefits and we should be grabbing these opportunities with both hands," Professor Powell says. "Our regulating framework is the tightest that exists and Sir David is correct in stating that there can be more risk involved with eating ordinary food than GM food."
The NIAB is the only UK body that has conducted field trials this year with late blight (Phytophthora infestans)-resistant GM potatoes. BASF received approval for trials with its Amflora low-amylose potato earlier this year. They are the first GM crop trials held in the UK since the government's farm-scale evaluations of GM crops that ended in 2003.