US EPA raises levels of glyphosate residue allowed in food 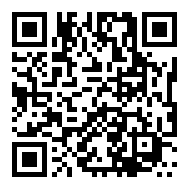 Favorites Print
ForwardShare
Jul. 24, 2013
The US Environmental Protection Agency (EPA) has raised the permitted tolerance levels of glyphosate residue—the controversial herbicide and active ingredient in Monsanto’s Round Up—in many of the fruits and vegetables that you eat.

The change in tolerance levels affects several other agricultural products, including animal feed, root crops and fruit trees.  While the regulation is effective beginning May 1, 2013, there was an open comment session, closing July 1, that received over 10,800 comments against the proposed change in regulation.  It is unlikely, however, that the comments will have any bearing on the decision, which is already final.

Source: The Washington Times communities
Click to bookmark and build your agrochemical knowledge base
Print
ForwardShare