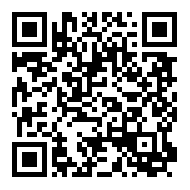 The European Commission (EC) has instructed EU member states to withdraw approvals for the herbicide trifluralin by March 20, 2008, with existing stocks permitted to be used until March 20, 2009.

The move follows the decision earlier this year not to re-register the active ingredient, which was in the second round of review. The EC cited concerns over toxicity to aquatic organisms and persistence in soil as reasons for withdrawal, as well as a potential for bioaccumulation and long-distance transport through the air. Dow AgroSciences criticized the review, stating that regulatory requirements have been met and that the company "will continue to advance that position with EU regulators as opportunity allows." New data addressing aquatic toxicity issues were not addressed by the EC, Dow said, and Greece and Germany have evaluated that new data and concluded that trifluralin can be used according to directions without harm to the aquatic environment. Dow also disputed the EC's bioaccumulation concerns, noting that While the the herbicide is highly concentrated, it clears quickly from aquatic organisms. Dow also pointed out that the European Food Safety Authority (EFSA) concluded that there is no long-term accumulation of trifluralin in soil. Dow further has offered to undertake "extensive" monitoring programs to address these concerns, as well as the herbicide's ability to move through the air.