Combination of baculoviruses with chemicals controls up to 90% of caterpillars, says research 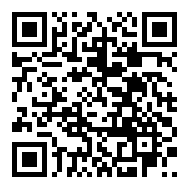 Research exclusively obtained by AgroPages has revealed that the combined use of baculovirus and agrochemicals has helped control caterpillars to a level between 80% and 90%.

According to Dr. Germison Tomquelski, a researcher at the consulting firm Desafios Agro, success lies in “applications made at the right time.”

The agronomist, who conducted studies involving baculovirus for more than five years, pointed out that it was necessary to “monitor caterpillars and train teams so that better results are achieved by working with the management of caterpillars that are still small.”

Tomquelski stated, “Studies showed that viruses increase chemical results in the range of 30% to 40%. Baculovirus is effective in the integrated management of caterpillars. It is a tool that integrates very well with the chemical, against several caterpillars, including Spodoptera frugiperda.”

Agronomist Lucia Vivan, a post-doctorate in entomology and a researcher at the Mato Grosso Foundation (FMT), believed that adherence to baculovirus consolidated Brazilian agriculture.

“The virus is sometimes a little more complicated than the chemical ones because it takes longer to control the caterpillar. But this perception changes as the producer sees the result of the infection over time,” she summarized.

Leading research in the mid-northern regions of Mato Grosso and Serra da Petrovina, Lucia Vivan pointed out that she found it effective to use baculovirus on caterpillars. “We observed that there is good interaction between viruses and agrochemicals, including the reduction of chemical doses, which improves the issue of costs for the producer,” she emphasized.

Baculovirus also delivered positive results if applied alone, “as long as we use the virus at the right time when the caterpillars are beginning to develop,” she added.

The Managing Partner of consultancy Spark Smarter Decisions, André Dias, told AgroPages that he increased the use of bio-inputs, such as baculovirus, in the management of caterpillars. Spark, which specializes in the pesticide and seed segments, recently released market studies corroborating this, he pointed out.

Present in Brazil for five harvests, the Australasian-American company AgBiTech is among the fastest-growing in the biochemicals market. Specialists in developing baculovirus-based bioinsecticides, the company closed the 2020-21 cycle at the forefront of the bioinsecticides market to control caterpillars in major crops. It has a 78% share in cotton, 37% in soybeans, and 31% in corn, according to data from Spark.

According to the global CEO of AgBiTech, Adriano Vilas Boas, when the company arrived in Brazil in 2016, there were consultants and researchers still skeptical about the performance of baculoviruses. Through major investments in research and development, said the executive, the company managed to turn the game around. Today, the trend identified by the company in market studies is to advance, harvest after harvest, to integrate the baculoviruses in the management of the producer, he added.