Study on novel sources of resistance to powdery mildew 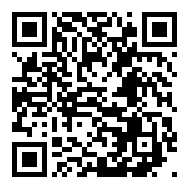 Peppers, a worldwide crop, are threatened by various pathogens. Powdery mildew, a biotroph fungal infection, can cause several damages directly on vegetative parts and indirectly on fruits. Despite some sources of resistance that have been described, commercial genotypes with only partial resistance have been developed due to the complex nature of such resistance and variable genetic expression, which depends on the stage of the plants.

In this paper, 49 accessions from different Capsicum species and origins have been tested. Plants were grown in growth chambers inside of mini-greenhouses. Repeated inoculations under pepper leaves were applied by spraying a suspension of 10 4 conidia ml-1. Readings were made at 30 and 60 days after inoculation (DAI). Total number of leaves (TL), total number of affected leaves (LA), and maximum area affected (MAA) in the most damaged leaf were scored. In addition, a composite infection index (CII) was calculated on the basis of the three mentioned traits.

Inoculated plants showed more severe symptoms at 30 DAI than at 60 DAI. Different response patterns were observed: from accessions suffering high leaf shedding to some others with local hypersensitive response, indicating different gene action. The use of CII prevented species bias and disease response. In the present work, four highly tolerant accessions were identified, including two chiltepins, C. annuum wild relatives, Ag-01 and Ag-02, and two C. annuum A-06 and A-23.

Read the complete research at www.researchgate.net.