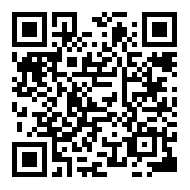 Favorites Print
ForwardShare
Oct. 23, 2009
Frances highest court has ruled that US agrochemical giant Monsanto had not told the truth about the safety of its best-selling weed-killer, Roundup.

The court confirmed an earlier judgment that Monsanto had falsely advertised its herbicide as "biodegradable" and claimed it "left the soil clean".

Roundup is the worlds best-selling herbicide.

Monsanto also sells crops genetically-engineered to be tolerant to Roundup.