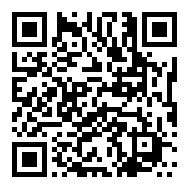 Favorites Print
ForwardShare
Jul. 23, 2008
The US agrochemical company, Gowan (Yuma, Arizona), has agreed to acquire Dow AgroSciences’ global zoxamide fungicide business for an undisclosed sum. The deal includes trade marks, registration data, patents and product inventories. Gowan will take over responsibility for manufacturing the active ingredient. It will start selling zoxamide and its formulations from August 1st.
Zoxamide is registered in 45 countries, mainly as Gavel and Electis. It is also sold as Unikat in Poland and as Harpon in Brazil, Colombia and Mexico. Most sales take place in the EU, with France, Italy, the Netherlands, the UK and Germany being the major markets, a Dow spokesperson told Agrow. Zoxamide is used to control oomycete fungi such as potato blight (Phytophthora infestans) and downy mildews on grapevines and vegetables.
The purchase will further strengthen Gowan’s position in these markets. “The addition of zoxamide expands Gowan’s fungicide portfolio globally, and is consistent with our goal to identify important products that growers need,” says Gowan’s global marketing manager, Matt Comer. The company’s product acquisition strategy has resulted in substantial revenue growth in recent years. Over three-quarters of Gowan’s sales occur in the NAFTA region, but it has been targeting growth in Europe.
Competing priorities for new product development mean that Dow has been unable to devote the time and resources needed to position zoxamide for optimal growth. “We believe that zoxamide will be better positioned with Gowan, where it represents a better strategic fit with the company’s portfolio and general business direction,” says Dow’s global fungicides business leader, David Hindes. Dow sees the potato blight market as a crowded sector with many competing products. It is not developing a replacement product for zoxamide, but is directing resources elsewhere.
Dow acquired zoxamide when it purchased Rohm and Haas’ agrochemical business in 2001 (see this issue). The fungicide received its first approvals in the EU and NAFTA regions within a few weeks of the acquisition agreement being reached.
View More