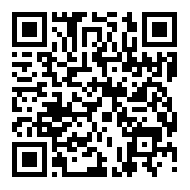 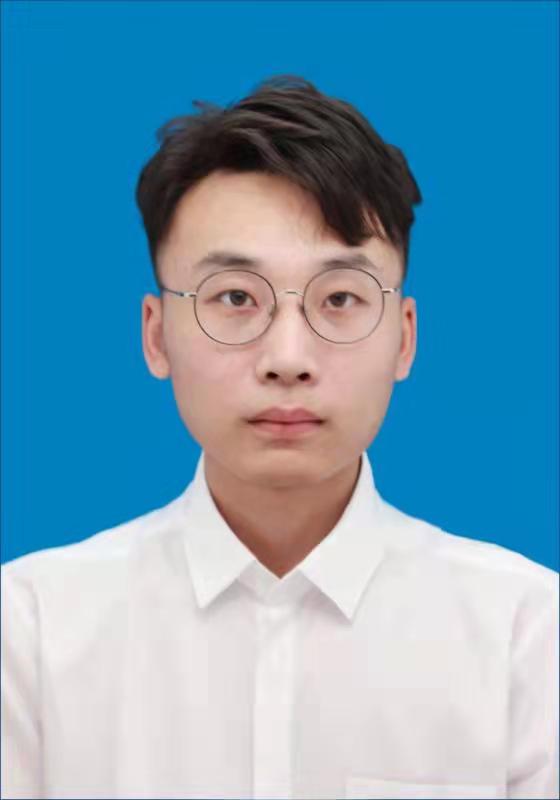 The American crop protection company Albaugh announced on December 21, 2021, that it had signed an agreement to acquire all outstanding shares in Rotam through a merger between the holding company of Rotam and an entity in the Albaugh group of companies.

The sales of the merged company could hit US$2 billion, which will enable it to become a generic agrochemical giant at the same level as UPL and ADAMA. So, what does the merger mean to the two companies? Below are AgroPages’ observation and analysis of the two companies’ financial position, business distribution and value chain after the merger.

First of all, let us look at the financial position of Albaugh and Rotam in recent years.

According to its financial report, Rotam was profitable in 2016 but has suffered continued losses since 2017. Thereafter, its losses had gradually increased for three consecutive years, until 2020, when the net loss began to ease. Figure 1 shows Rotam’s financial position (net synthetic loss) from 2017 to 2020, with asset liability ratio as high as 70%. 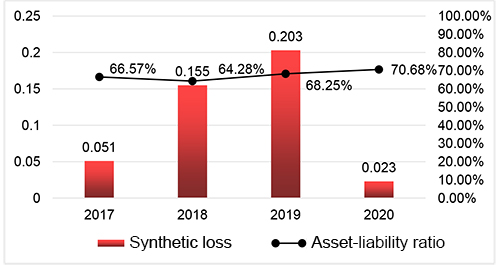 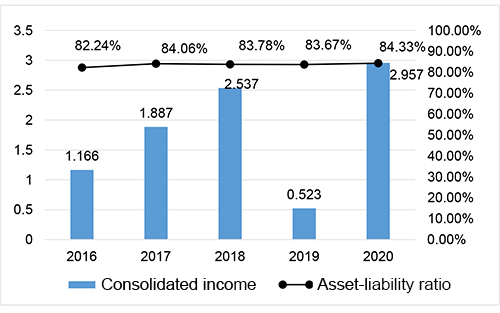 Albaugh has maintained a high asset liability ratio of more than 80% since 2016. Unlike Rotam, Albaugh has remained quite profitable in recent five years. In 2020, its net consolidated income reached Yuan295.70 million. In the first half of 2021, the net profit was 1.6 times higher than the same period last year. The asset-liability ratio shows the ability of the company to satisfactorily operate with liability, despite of its 80% asset-liability ratio, which might make the overall operation unstable. Nevertheless, the excellent profitability in recent years demonstrates Albaugh’s capital strength in the acquisition of Rotam. It may be interesting to watch the processes and profitability of the merged company in the future.

So, let us check it out. What will be the impact of Albaugh’s acquisition of Rotam on both sides?

In terms of Albaugh, the most direct impact lies on the sharp increase in its business volume and global market share. Albaugh is one of the largest generic agrochemical manufacturers in the United States, with operations spreading over to North America, South America and Europe. The North American market accounts for 40% of the total business, the South American market accounts for 55% and the European market accounts for 5%. Rotam operates in 75 countries, including China, Taiwan of China, Asia Pacific, India, Europe, Middle East, Africa, North America and Latin America. Through this acquisition, Albaugh can develop its China/Asia Pacific market, and enhance its existing dominant markets such as the United States, Argentina, Brazil and Mexico, thus becoming a stronger and more balanced global player in respect of business and resource distribution.

Complementarity in product and technology

Albaugh is superior in herbicides, in possession of glyphosate, atrazine, 2,4-D and dicamba which are the company’s core products. However, Albaugh sells atrazine only in Southern Latin America. Rotam has a highly differentiated product portfolio, covering insecticides and fungicides. Rotam’s insecticides and fungicides each account for about one third of the company’s total business, whilst the remaining one third includes herbicides, seed treatment products and crop nutrition.

In addition, Rotam China is engaged in R&D and the marketing of available fertilizers. At the same time, Rotam China acts as an agent and sells agrochemical products of Nippon Soda, Nihon Nohyaku, BASF, Corteva, Mitsubishi Chemical Food, IQV, Isagro, Mitsui Chemicals Agro and Bayer. The product portfolio of the two sides is highly complementary, whilst Albaugh’s acquisition of Rotam will make the best play of the product performance and business performance.

(2) Deepening of production and research partnership

As mentioned earlier, Albaugh can develop its China / Asia Pacific markets and open up its global market via the acquisition. Rotam China’s manufacturing and R&D capabilities in China and the Asia Pacific market are key factors in the successful development and growth of Albaugh’s global business. The following table presents Rotam’s manufacturing and research activities in China.

In terms of production, Rotam focuses on developing the supply chain and added technical value to make supply to the global market, based upon the manufacturing facilities in China.

In terms of technical research, Rotam cooperated with Cibus in 2014, using its Rapid Trait Development System (RTDS system) to have developed sulfonylurea herbicide-resistant non-GMO canola SU Canola™ which has been promoted and sold to the U.S., Canada and Europe. Up to date, the product has been granted registration in China, where field trials are currently being carried out in Inner Mongolia. So far, its application, together with sulfonylurea herbicide, has been very effective.

In 2021, the No.1 Document of Chinese Central Government stressed that the planting of oil crops (China’s top five oil crops include soy, peanut, canola, sesame and sunflower), would be a good policy support for the promotion of Rotam’s SU Canola™. On the other hand, Albaugh’s business partners are mostly stationed in North America, South America and Europe, such as CWRF and Limagrain, with whom Albaugh has established a strategic partnership to tackle the cereal challenges in the U.S. and the global market. Albaugh Brazil has cooperated with Plant Impact in joint research and development of the leaf spray technique.

Rotam China is one of the nine global markets of Rotam and is always an important market. Unlike other multinational companies, Rotam China is running with a unique business pattern regarding product development and promotion. The business pattern produces a unique value via distinctive research and development process and allows for strategic cooperation with Japanese and European enterprises capable of creating new compounds. Hence, a complete product line is established that fits Chinese market characteristics. Among multinational enterprises, Rotam has the most plentiful and complete product line. In addition, Rotam’s manufacturing and R&D capabilities play a great role in Albaugh’s development of Chinese and Asia Pacific markets as well as in strengthening and stabilizing its market position in Europe and America.

Albaugh is placed in a fast-growing state, having access into the U.S. market and Brazilian market in recent years via merger and acquisition. Relying on distributors and product promotions, Rotam’s mature value chain will be useful to Albaugh’s manufacturing operation and supply chain management. The value chain of Rotam is best reflected in six aspects: production, certification, GLP lab, gene editing and strategic cooperation. The corporate value chain of Rotam will be a significant complement to Albaugh’s manufacturing process and supply chain management.

Albaugh possesses a complete supply chain in Latin America. Albaugh’s Brazilian business was initially concentrated on its core herbicides as distributed in the country’s southern region. In 2016, Albaugh completed the acquisition of Consagro, which was a subsidiary of FMC Brazil. After the acquisition, Albaugh gradually increased its business operations in the Brazilian market and expanded its product portfolio. Albaugh is very influential in the Latin American market, being the region’s largest supplier of glyphosate and 2,4-D. Albaugh’s sales revenue in Brazil was only $90 million in 2015, which was increased up to $230 million in 2018, an increase of 2.5 times in three years.

Albaugh’s business strategy in Brazil is strict management, efficient operation, continued supply of high-quality and low-price products, adherence to commitment to the distributors, creation of value for farmers. Albaugh’s glyphosate, atrazine, 2,4-D and copper agents are its best-selling products in terms of product range. Renato Seraphim, who was the general manager of Albaugh Brazil earlier, said in an interview with AgroPages that Albaugh has the world’s largest copper formulation plant in Brazil which could provide copper agents to Brazilian farmers without reliance on imported raw materials. Brazilian farmers used to be dealing with the soybean resistance issue through alternative use of systemic fungicides and protective fungicides. The market prospect of copper agents in Brazil is very promising.

Despite this, Albaugh’s superior products are still its core herbicides. The company is planning to decrease reliance on glyphosate. So far, besides the products for soybean and corn, the company is prepared to further research and develop biological products and seed treatment products.

In terms of market development, Albaugh has established five regional brand distribution centers in Brazil, which are respectively located in SP, RS, PR, Rondo, MT and Lem-Ba. Meanwhile, the market access strategy has changed, where dealers are delegated to directly provide service to Brazilian farmers, backed up by the large investment that will allocate more resources to the site service and technical support.

In general, Albaugh’s business in Brazil has been concentrated on its core herbicides, until recent years when Albaugh has gradually increased its investment on development of biological product and seed treatment agent. On the other side, Rotam possesses a potent insecticide and fungicide product portfolio, with a plan to strengthen the herbicide portfolio development on the Brazilian market, which naturally accords with Albaugh’s purpose of acquisition.

It is worth mentioning that China’s Nutrichem has maintained strategic cooperation with Rotam. As a manufacturing company, Nutrichem’s overseas market, especially the Brazilian market, is handled through Rotam and a few other companies. On the other hand, Nutrichem holds 20% stakes in Albaugh.

As mentioned above, Albaugh’s acquisition of Rotam, in the author’s opinion, is an extremely complementary consolidation of the two companies. As seen from the financial situation of the two companies, Rotam has a differentiated product portfolio and a strong business capacity but has suffered losses in recent years. Moreover, Albaugh has a strong earning capacity and its financial strength could well support the acquisition, which perfectly solves Rotam’s “priority issue.”

In terms of product performance, Albaugh focuses on its core herbicide varieties, whilst Rotam possesses a potent insecticide and fungicide product portfolio, which is of distinctive product differentiation advantages. In addition, Albaugh’s acquisition of Rotam will strengthen its technical research capacity and differentiated product performance.

In the author’s view, the merger will inject new vigor and vitality into the global business deployment of both sides. At the same time, the merger may make waves in the global generic agrochemical industry. In the years ahead, it may have certain degree of impact on ADAMA and Nufarm and on the generic products of some original product manufacturers.

What will be Albaugh’s business plan and market performance after the acquisition? We will be watching expectantly.