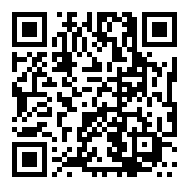 The price of glyphosate in Chinese market rose moderately to RMB23,000 since the 2020 Chinese Spring Festival, which was later stabilized, until August 2020, when price rose again after the flood disaster in Leshan, Sichuan, China. Thereafter, following the reemergence of Covid-19 in Hebei in November 2020 and the snow disaster in the United States in February 2021, the price rose again all the way, up to the present price of RMB52,000, having stayed at this level for four to five weeks. Today, overseas buyers have expressed worries about the future of glyphosate.

In a recent interview with buyers, AgroPages got to know from an American customer that the selling price of glyphosate in the United States was about $27.50 per gallon, which is twice of the price of $11.50 at the end of last year. Brazilian customers said that the retail price of glyphosate had tripled year-on-year. Buyers generally said that they had to gradually pass on the price rise to distributors and farmers. Meanwhile, the current international shipping price continues to rise, it is difficult to book shipping space. To avoid delay to supplies for the next planting season and the demand in the second half of the next year, buyers have to make purchases earlier than what is planned. However, the concern is that the burndown herbicide represented by glyphosate requires big amount of financing, whilst price trend is uncertain. Moreover, it is unsure if stable supply can be maintained.

Questionnaire:  What are your thoughts on glyphosate price and procurement? In this paper, industry experts are invited to analyze glyphosate’s raw materials, supplies and price trend, which may be useful as a reference.

As shown on Figure 2, glycine, methanol and yellow phosphorous are the three major materials affecting the cost of production by glycine method, followed by chlorine, sulfur and triethylamine.

Most of the raw materials for production of glyphosate were on a sharp price rise in May to November 2020. The table below shows that the prices of lots of raw materials of glyphosate, such as acetic acid, chloroacetic acid and methanol, started to rise in May 2020 with the price rise of crude oil, having reached a peak due to reemergence of Covid-19 in Hebei in November. Wet phosphoric acid is obtained via high to low concentration transformation of high-grade phosphate ore, which is then purified, being mainly used as phosphatic fertilizer.

Yellow phosphorous is obtained via electrolysis (at power consumption of 15,000 kwh / ton), its downstream products are mainly phosphate (46%), glyphosate (26%) and phosphorous pentoxide and phosphorous trichloride.

Globally, glyphosate is supplied from the Unites States (former Monsanto) and China. Over recent years, Chinese glyphosate production has become more centralized within prime manufacturers after round and round of industry consolidation.

It is a combination of various reasons that has pushed glyphosate’s price rise all the way.

4)Combined with the reduced trading of glyphosate technical, from October 2020 to the first half of 2021, Monsanto’s supply of glyphosate to Brazilian market alone decreased ....

Please complete the questionnaire :  What are your thoughts on glyphosate price and procurement?  And leave your contact in it, AgroPages will send you full version of the glyphosate report with data details. Or any inquiry you may contact:

1)The last round of price rise of glyphosate in China was in 2014, but situation is different now from the past. At that time, there were many small glyphosate factories in coastal region running on both glycine method and IDA method. After market development and consolidation for so many years, the supply pattern has become stable. The consolidation of Fuhua and Jiangshan is another important milestone in the history of development of glyphosate in China.

2)Monsanto possesses xxx-ton capacity in Argentina, which may be intended to increase supplies to Brazil.

2)Brazil imported 8,000 – 9,000 tons (converted at 100%) of paraquat from China and 7,000 tons from Syngenta UK. The prohibition of paraquat in Brazil provides non-selective herbicide with a great market space (paraquat with such volume shall theoretically cover planting area of 25 million hectares). While the registration for three dicamba formulations were vacated in 2020, they later received new and amended registrations through 2025.

3)In the first half of 2021, Brazil imported 6,000 tons of diquat technical concentrate which is converted to 2,400 tons at 100%; there is also a volume of 2,500 tons of glufosinate, which may not fill up the gap of paraquat; moreover, there is a 20,000-ton (converted at 100%) decrease in the glyphosate imported by Brazil in the first half of the year.

To sum up, there is strong market support to the growth of burndown herbicides.

In the first half of 2021, dollar devaluation happened, when price of crude oil rose, resulting in the high price level of glyphosate’s raw materials originated from coal and gas.

In terms of short-term policy, when autumn and winter come in, 26 cities + Beijing and Tianjin may engage restriction on industrial production. Also, on the occasion of the opening of Winter Olympic Games (during the Olympic Games, the Chinese government will exhibit the superiority of Chinese social system to the world and the satisfactory containment of Covid-19), the area and time of restriction of industrial production may go beyond the 26 + 2 region. Beijing, Tianjin and Hebei are primary the locations of supply of glyphosate’s raw materials such as glycine and paraformaldehyde. As a result, a big impact is foreseen.

Through analysis of long-term raw material price index, it is found that the price of glyphosate in China is affected by the price fluctuation of raw materials upstream, but the price impact is not immediately passed on to downstream sectors, which will take some time until downstream sectors are affected. Furthermore, the factors affecting the price fluctuation range are complex. The black swan events in the past two years mentioned in this paper acted like a catalyst, on top of the impacts of Covid-19, dollar devaluation and the global industrial chain restructuring. In this circumstance, the price of glyphosate has skyrocketed (lots of bulk chemical materials appeared the same as glyphosate) to a historical high. How will it go next?

There are recently reports saying that the hurricane in the United States will suspend the electricity supply in Monsanto’s US factory till September 29 or may be longer. In addition, there will be a power blackout to millions of residents for at least one month. Today glypphosate price in China already up to 56000RMB/ton, will it keep on rising?

The procurement season in Australia and the United States is drawing near and China’s winter storing season is drawing near. Will this lead to the long-stay high price of glyphosate?

For overseas customers, will you wait and see or make up your mind to place orders?

For Chinese suppliers, will you worry about a potential risk of breach of contract?

Please complete the questionnaire :  What are your thoughts on glyphosate price and procurement? And leave your contact in it, AgroPages will send you full version of the glyphosate report with data details. Or any inquiry you may contact: