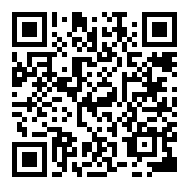 To help Brazilian soybean producers fight bedbugs, one of the worst pests of the crop, Bayer has launched the insecticide Curbix 200 SC, a novelty for their control in the country.

The solution, which is already available to soybean farmers during the 2021-2022 harvest, provides a high shock effect and a prolonged period of control against the insect. In the demonstration areas during the 2019-2020 and the 2020-2021 harvests, productivity of up to 1.5 sack of soybeans was verified, compared to the traditional management of the producer. In addition to its performance in fighting bedbugs, its use is highly recommended for insecticide resistance management programs.

According to a professor at Unesp (Universidade Estadual Paulista), Geraldo Papa, the product Curbix 200 SC comes at a crucial moment for the control of bedbugs in Brazilian agriculture. "It is very important that the producer uses product rotation with different modes of action to manage pest resistance. This context reinforces the importance of launches such as Curbix 200 SC in the market - with a new active ingredient for insect control, etiprole. Without a doubt, having one more option to rotate with the mixtures of neonicotinoids and pyrethroids and organophosphates will be very good to mitigate losses by the brown bug, the insect that most worries the soy grower today," Papa said.

In this way, it is possible to reduce the selection pressure of the bedbugs to the classes of insecticides currently used, ensuring high levels of control of these pests in the crop. Bedbugs are considered one of the greatest threats to soybeans and, according to Embrapa, the insects are responsible for productivity losses ranging between 20% and 30% in Brazil.

Curbix 200 SC controls bedbugs in two ways: through ingestion and, mainly, by contact. According to the Marketing Manager for Insecticides at Bayer, Renato Carvalho, one of the forms of contact happens when the product is applied directly to the insect, resulting in rapid mortality of the bug.

"But as not all insects are directly affected by the product, the most common contamination is tarsal, that is, by the displacement of the bug on the surface of the plant that contains the product. And, in this case, two points are very important - due to its physicochemical characteristics, Curbix 200 SC remains in plant tissues for a longer time and is more resistant to washing by rain. In other words, the product remains on the plant surface for longer, increasing the mortality of bedbugs," Oak explained.

With more investments in research and development, Bayer carried out field tests with the Curbix 200 SC and the results obtained surpass different products.

"In the last two harvests, we went to the field to test the product in the farmer's presence. An extremely important fact that we observed was the prolonged period of control. In areas where Curbix 200 SC was applied, the effectiveness was still higher than 70%, 14 days after application, while most products on the market have a residual between five and seven days. In this way, the longer control period, in addition to ensuring greater crop protection, gives more flexibility to the farmer's operational management," said Bayer Crop Protection Releases Manager Erick Cancian.

In terms of productivity, the results also exceeded expectations, the executive said. "The greater protection against bedbugs contribute to a better quality of soybeans and seeds, which has a direct impact on the producer's profitability. Curbix 200 SC presented a 75% success rate compared to the main competitors in the market. And when we analyze the average increment of productivity in these areas, we are talking about approximately 1.5 sacks of soybeans per hectare. It is, without a doubt, a result to be celebrated," he said in conclusion.