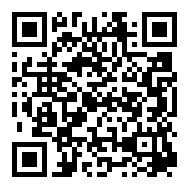 AgroPages was asked by many customers to offer news on glyphosate and whether its price will continue to rise going forward. Concerning glyphosate's price rise and short supply, we communicated with suppliers and buyers. Based on this, we would like to provide industry players with some references to support their judgement on glyphosate’s price trend, as well as its supply and demand situation.

The group is China’s largest supplier of glyphosate. In 2020, affected by the explosion at its Inner Mongolia plant, the company was shut down until April this year when part of its production resumed but was only half of its total production capacity. Although the company's factory in Yichang is back to normal operation, it also experienced a period of shutdown in March this year. Xingfa Group's total glyphosate production capacity is about 180,000 tons per year.

The company has a production capacity of 150,000 tons, which is currently running at only 80% due to water shortages in Sichuan Province, which has limited the availability of water for chemical production, therefore, affecting production activities.

The production capacity of Wynca is 80,000 tons, which is supplied to the U.S. and African markets.

The company's glyphosate production capacity based on the IDA route is 50,000 tons, which is in short supply considering that purchases orders have increased sharply. Its demand from China and Argentina is also growing.

The company's glyphosate production capacity based on the IDA route is 30,000 tons, which is dedicatedly supplied to Syngenta.

The company produces glyphosate via the glycine route at a production capacity of 30,000 tons. However, it was recently announced in April that production would be temporarily shut down. The United States (US)

The glyphosate application season in the US is generally between April and July, with procurement ending in about six weeks. However, special crops in some regions require glyphosate throughout the year, for which dealers and retailers are trying to sell glyphosate all year round.

In general, the company has an annual demand of about 80,000 tons, mainly purchases from Nufarm and Albaugh. However, the production of these two companies was affected by the shortage of technicals from Chinese suppliers. There is also a short supply this year. In addition, the company previously placed orders of 20,000 tons from Monsanto, with less orders allocated to Chinese suppliers. Although Monsanto stopped production for several months, it has now resumed production and is back to normalcy.

The company purchases more than 1,000 containers of 62% glyphosate formulations annually. In addition, its Canadian branch purchases millions of gallons of products every year, which is about 15,000 tons of converted technicals.

The company stated that Australia's glyphosate purchasing season is over in the first half year, with the purchase price staying at about Yuan26,000 per ton. The next wave of procurement is expected to start in September. The annual purchase volume of the company is about 20,000 KL, and its stocks remain at around 5000 KL, which may change dependent on the market situation. The company purchases from both Monsanto and Chinese suppliers. At present, the price of Chinese technicals is between Yuan36,500 and Yuan37,000 per ton, which is not a good price in the eyes of the company.

The company said that purchase orders from Australia were issued four months ago, and its annual purchases are around 1,000 tons of converted technicals, mainly supplied by Good Harvest. In Australia, wheat is planted in March, lupin from March to April and rapeseed in May. Rainfall was quite good at the start of this year, but has become not so good recently and is now very close to the critical point of water shortage. If there is a shortage of water, the grade of agricultural products will be lowered, which will affect the incomes of farmers.

According to the company, glyphosate is generally purchased throughout the year in Brazil, but the highest level of application happens in summer from December to February the following year. The next purchasing season will be between July and December (it is said that the purchases of glyphosate in the second half of the year will be for formulations). However, due to the price rise, the company cut down its purchases by 50% in 2021 and decided to make purchases on a monthly basis according to the sales situation. The company stressed that if the price becomes stable, 20% more purchases may be made to maintain certain stocks.

The price of glyphosate has been rising since last year, while supply is gradually becoming tight. For manufacturers that buy technicals, procurement is concentrated in the first half of the year. The total annual purchase of glyphosate technical in the entire Brazilian market is about 100,000 tons. The prices of herbicides are generally rising, and even if farmers do not use glyphosate or other substitutes, the cost of pesticide applications will inevitably rise.

The glyphosate market is not stable while demand exceeds supply. Brazil's exchange rate is also unstable, leading to the cancellation of some transactions. The top three glyphosate buyers in Brazil are Syngenta, Monsanto and Albaugh, accounting for more than 60% of total purchases in the country.

In previous years, the company purchased nearly 2,000 tons of glyphosate formulations from China, with its procurements being made in the first half of the year, noting that its purchase orders this year have been placed, but no delivery has been made in China. On the other hand, the company's importation of diquat this year showed a significant upward trend, indicating that buyers are considering turning to substitutes.

The company purchases glyphosate primarily from China. Although it has not finished its purchasing at this time, the price rise of glyphosate has a certain impact on its purchasing decision, as it is uncertain whether the price will continue to rise and is already high. If this price continues to rise, farmers may consider useing substitutes. The company stressed that it will make several purchases in May, July and September, respectively.

Where will the price go?

To sum up, from the perspective of the supply side, several major suppliers, affected by production, such as Monsanto and Xingfa, have essentially resumed production. However, due to the low levels of supply of raw materials and water, some enterprises had to occasionally stop production, which affected the production of glyphosate to a certain extent.

The direct reason for the glyphosate price rise is the increase of glyphosate production costs caused by the rising price of raw materials. Judging from the price trend of glyphosate, it is possible to achieve tentative price increase.

Chinese suppliers have their own ongoing buyers and market. In case of insufficient supply, Chinese suppliers will prioritize their key customers. Therefore, the problem of short supply may still exist. It is understood that the purchase orders of many enterprises are scheduled for production up to the end of June.

Moreover, Bayer has fallen into a series of lawsuits after the acquisition of Monsanto. Subjectively, they are hoping for a price rise of glyphosate, which will increas their profitability and boost investors' confidence.

Currently, the industry generally believes that the price of glyphosate is going to exceed Yuan40,000 per ton and its rise is likely to continue.

From the demand side, the main import countries of glyphosate are the United States, Brazil and Australia. At present, the purchasing season in Australia in the first half of the year has ended while the large number of purchases in the United States are coming to an end. Customers in South America make two types of purchases, technicals and formulations. Customers who purchase technicals basically complete their purchases in the first half of the year while customers who purchase formulations will still issue several rounds of purchase orders in the second half of the year.

Some customers in South America take a cautious wait-and-see attitude towards the current price of glyphosate, they are also thinking about turning to substitutes. However, in view of the overall price rise of herbicides, a calculation needs to be made carefully to check if it is worthy going for substitutes.

So far, there are no stocks held by factories and distributors. The supply and demand trend of glyphosate in the next few months mainly depends on purchases from customers in South America. If purchasing volume is stable until the end of the season and the subsequent purchases from Australia in September and the US next year will catch up, then the chance of the price of glyphosate coming down is rather small. If South American customers are slow in terms of purchasing, it is still uncertain if the glyphosate price will be challenged by the supply exceeding demand situation.

If you are interested in this topic, you are welcome to contact the authors for further communication.

What are your thoughts on glyphosate price and procurement?

During the purchasing season at the beginning of this year, AgroPages dialogued with buyers from America, Australia, Brazil, Uruguay and suppliers from China on the discussion of glyphosate price trends. In addition to the raw material supply, logistics, the feasibility of choosing alternative products was also discussed (click here to read).
AgroPages has been tracking glyphosate price trends and reporting in continuance. We are working on a new article, welcome to join the discussion!