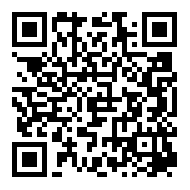 Sales of agrochemicals in the first nine months of 2007 are up almost 35% in Brazil, according to Brazil's industry trade union, Sindag.

Increased plantings of sugarcane, cotton, soybeans, and off-season corn are the major reasons for the market's growth.

Agrochemical prices fell by 15% in the first eight months of the year compared to 2006, according to the Brazilian state of Sao Paulo's Agriculture Ministry. Registration changes and an increases presence of generic agrochemicals contributed to the decline in prices.
View More