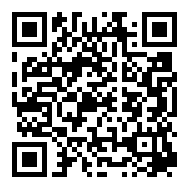 On one end, Big Ag is becoming huge. Really huge. Here is the icing on the Big Ag cake, when UPL bought Arysta for $4.2 Bn cash deal, earning itself a spot in the Top 5 Agrochemicals by combined revenue. By the time dust settled in, Excel Crop Care Board approved its merger with Japan’s Sumitomo Corp, with the combined entity valued at 9000 crores. How does one make sense of these numbers? Frankly, to me, these numbers don't reveal anything beyond big gets bigger, until you get down to specifics. And when you do that, you start realizing the humungousness of the wave we are in. Take a look at this 2015 seed market data set, stitched together from the Competition Commission of India report about Bayer-Monsanto merger deal. It is fascinating. It shows the power and potential of vertically integrated companies, at a time when agriculture is undergoing slow, but gradual digital transformation. (In my earlier blog post, I explored the potential of the Agritech Platform stack here.)

And when you start correlating these questions with other data points, interesting insights emerge. According to a study conducted by The Cereal Systems Initiative for South Asia, between 1997-2008, more than 66% of the transgenic research material were imported to India by Monsanto-Mahyco Group and Bayer.

So much about Big Ag and its upstream power. How does this change the downstream game play for Small Ag? In other words, how does the greener grass look from the other side?

To address that question, you need to ask a very fundamental question that is at the heart of the innovation behind Small Ag chasing the world’s fifth largest seed market, valued at Rs 15,000 crore ($2.2 billion) in 2015 and growing at a rate of 12%. We are talking of India, of course, whose market is expected to reach Rs 1,00,000 crore ($14.6 billion) by 2030, if Sunidhi Institutional Research study is to be believed.

Why have the private players in India largely focused their investments in cotton, maize, pearl millet, sorghum where genetic improvements can be developed in hybrid background?

Two reasons, if you think deeply about it. One, hybrids provide a better form of protection of the investments made by Small Ag in breeding. Two, genetic improvements last a generation, which means, farmer buys them every year. Net net, even if your R&D budget is relatively low, your breeding investments are taken care of.

It's tempting to think of David and Goliath, when you start looking at the bigger picture. Perhaps, nimble Goliaths of small Ag may not have the distribution muscles of the Davids of Big Ag world. But, that isn't a disadvantage, if you know how to play against your opponents. In a market where only a quarter of Indian farmers buy branded seeds, in a market where farmers buy less than 20% of wheat seed planted each year, the battle of David and Goliath has just begun.

What are your thoughts about this game play? Are you reading the dynamics differently? Let us talk.