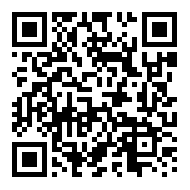 −− Brazil has become the world’s largest market for fungicides. 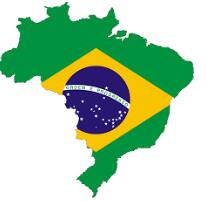 Over almost two decades, a plant disease known as Asian rust has infiltrated soybean fields across Brazil -- the world’s biggest exporter of the versatile oilseed used in countless consumer products. The pathogen has become so resistant to chemicals meant to kill it that many farmers spray several times during their growing seasons, and still endure output losses.

Brazil has become the world’s largest market for fungicides as growers have stepped up the fight against Asian rust and other crop diseases. They spent $3.2 billion last year, three times what they did a decade earlier. But a state-run research institute found the chemicals were ineffective almost half the time, according to Rabobank, so farmers are spraying more. The pathogens have adapted to become more resistant, confounding growers and scientists.

“Resistance has been faster than research” into preventive measures, said Claudia Godoy, who studies Asian rust on soybeans for Brazilian Agricultural Research Corp., a government-run organization known as Embrapa.

Rafael Fontana saw the rising cost of the infestation firsthand last year on his 500-hectare (1,200-acre) farm in Tupancireta, in the southern state of Rio Grande do Sul. The yields on his soy crops were 10% below what they should have been, despite five fungicide applications, he said.
“The fungus emerged very quickly and got out of control,” said Fontana, 38. “Until the third fungicide application, the crop was doing fine. After that, it was very hard to stop.”

So far, fungal diseases haven’t prevented Brazil from becoming a global food superpower, from beef and coffee to sugar and orange juice. Agriculture accounts for a fifth of the country’s economy and almost half its exports. But there is mounting concern that fungicide use on soybeans -- Brazil’s biggest crop -- may have reached a limit, at least until new chemicals are developed. There are also signs that weather and wind make it difficult to control the spread of the disease from neighboring countries.

Brazilian farmers began planting this season’s crop in October and most will probably start harvesting in February and March. Analysts will be monitoring instances of Asian rust more closely this season because weather conditions are more favorable for the disease than they were a year earlier, Godoy said by telephone from Londrina, Parana state. Rains are expected in most growing regions in the coming days, which may disrupt field work and the spraying of crops to fight the fungus.

Almost 56% of domestic fungicide spending last year was for soybeans, according to Sindiveg, a pesticide industry group that includes global producers such as Syngenta AG, Bayer AG and BASF SE. Corn ranked second at 10%, followed by sugar cane at 9.6%. Brazil is the world’s top sugar exporter and ranks behind only the U.S. in corn shipments.

Asian rust thrives in warm, wet climates and has been infecting crops around the world for decades. The spores are spread by air, arriving in South America around 2001. The fungus causes lesions on leaves and eventually kills the plant, with yield losses as high as 80%. The disease has appeared in the south of the U.S., the world’s top soybean grower, but it can’t survive the cold winters common in Midwestern states like Iowa and Illinois.

There are fewer natural barriers for crops in temperate regions of South America, where the weather rarely gets below freezing. That’s especially problematic in regions that plant two crops each season and grow soybeans almost year-round like Paraguay and Bolivia, where production has surged. In Brazil, most states permit only one crop per year.

“Soybeans are in South American fields 12 months per year, making crops more susceptible to fungus diseases,” said Ricardo Balardin, a professor and researcher at the Federal University of Santa Maria, in Rio Grande do Sul. “It’s necessary to systematize the soybean cycle in South America as the problem is getting bigger. If we had six months with no soybeans on fields, the situation would be quite different."

But the biggest concern is that fungicides designed to limit the spread of Asian rust are less effective, according to research by Embrapa. Farmers are being forced to spray their crops even more, which increases the cost of production and compounds the problem by encouraging spore mutations that speed up their resistance to the chemicals.

Makers of fungicide have switched their primary active ingredients at least twice as Asian rust spores adapted. Most of the products in Brazil use carboxamide to control the disease, but crop have shown increased resistance to that chemical over the past year, according to Godoy, the Embrapa researcher.

“If fungus resistance to carboxamide will be confirmed and spreads across the country, Brazil soybeans may lose as much as 30% of their output potential in the coming years,” Godoy said.

That’s because there’s no substitute for carboxamide available to farmers, and the next class of chemicals probably won’t arrive for three or four years, according to Andre Savino, who is the head of marketing in Brazil for Basel, Switzerland-based Syngenta.

Delays on approvals of new chemicals by Brazilian authorities also may explain why the industry is falling behind, said Rogerio Bortolan, a fungicide development manager in Brazil for Leverkusen, Germany-based Bayer. It took 10 years of analysis by health, environmental and agriculture authorities to approve Bayer’s latest fungicide in October, he said.

Source: farmfutures
Click to bookmark and build your agrochemical knowledge base
Print
ForwardShare