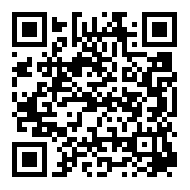 A recent report issued by Wynca stated that the company’s relocated annual 30,000-ton glyphosate technical project has started its trial production.
On an earlier date, Wynca decided to move its entire production facility in Bainanshan Industrial Park (annual 30,000-ton glyphosate technical, 60,000-ton organosilicon monomer and part of organosilicon downstream product) to the Ma’nan High-Tech Industrial Park in Xiaya Town, Jiande city.
Moreover, the main construction works of the company’s newly established annual 100,000-ton organosilicon monomer project was completed this July, and was put into overall commissioning, in parallel with the company’s existing annual 100,000-ton organosilicon monomer production line. The project completion acceptance is underway and the test run will take place in mid-October.
In February, Wynca announced its intention to cooperate with Zhejiang Jiahua Energy & Chemical Ltd to contribute Yuan2.1253 million for the acquisition of 100% stakes of Jiaxing Fancheng Chemical Ltd, which is held by Zhejiang Jiahua Group Ltd. The announcement stated that the acquisition aimed to secure the supply of phosphorus trichloride, one of the main raw materials for the production of glyphosate, which will be required by the Bainanshan production facility after relocation. In light of the cost advantage of Fancheng Chemical Ltd in the production of phosphorus trichloride, the acquisition will bring down the cost of production of glyphosate and enhance competition in favor of Wynca.
As glyphosate is the leading product of Wynca, the company has achieved positive results in the first half of the year due to the price rise of glyphosate. The 1H 2017 report of Wynca revealed that its glyphosate technical production volume was 25,916.00 tons, 19,246.89 tons of which were sold and generated sales income worth Yuan396 million. Concerning glyphosate formulations, a total of 51,524.76 tons were produced in the first half of the year, 54,980.11 tons of which were sold, generating sales income worth Yuan775 million.
View More