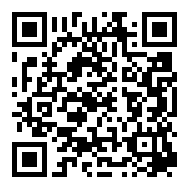 UPL has won a ground breaking case against UK toll formulators regarding illegal plant protection products in the EU.

UPL Europe Ltd and UPL Deutschland GmbH (UPL) have succeeded in their claims against UK manufacturers of agrochemicals who were placing, and assisting others to place, unauthorised copies of UPL's plant protection products (PPPs) on the market in Germany.

The legal proceedings, issued in May 2015, concerned claims against AgChemAccess and Nicholas Gooch for their illegal parallel-trade of unauthorised copies of UPL's metamitron-based PPP called Metafol. Metafol (also known as Bettix) is UPL's authorised herbicide which contains 700 grams per litre of the active substance metamitron used for the treatment of sugar beet in major EU markets.

The illegal PPPs were manufactured by toll formulators in the UK and sold by AgChemAccess under parallel trade permits in countries including Germany, Poland and the Czech Republic.


The injunction is binding on all third parties who have notice of it. The toll formulators are also liable to pay UPL financial damages and legal costs, which will be determined in subsequent legal proceedings.

The High Court judgment marks a ground breaking win for UPL and others in the agrochemicals industry in the on-going fight against illegal PPPs. In particular, toll formulators can no longer turn a blind eye to whether or not their customers have authorisations for the PPPs they are formulating, and the intended markets for those PPPs.

UPL takes strong action against counterfeiters of their products and this judgement is the result of 5 years of successive legal action in Germany and latterly the UK.