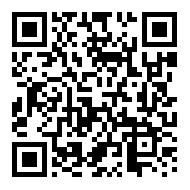 Favorites Print
ForwardShare
Aug. 18, 2017
In time for the 2017 cereal harvest, BASF Canada confirms that the CODEX Alimentarius Commission (CAC) established Maximum Residue Limits (MRLs) for HEAT® LQ as a harvest aid in cereals. This allows BASF to establish MRLs in all major export markets to support the use of HEAT LQ as a pre-harvest herbicide in wheat and barley with glyphosate.

The announcement has received endorsement from the Western Grain Elevator Association.

HEAT LQ on wheat and barley was included in the 2017/2018 producer declaration, prior to the establishment of CODEX MRLs for HEAT LQ. The members of the Western Grain Elevators Association will now waive this clause for the 2017/2018 application season.

“With the recent establishment of CODEX MRLs for HEAT LQ as a pre-harvest herbicide in wheat, durum and barley, grain companies will now omit those crops from the 2017/18 declaration forms,” said Wade Sobkowich, Executive Director of the Western Grain Elevator Association. “Growers can now use HEAT LQ as a pre-harvest application on wheat, durum and barley and these grains can be marketed to Canada’s major export countries.”

HEAT LQ provides wheat and barley growers with a new tool to dry down tough broadleaf weeds including volunteer Roundup Ready canola, redroot pigweed and wild buckwheat, to name a few. A pre-harvest application of glyphosate and HEAT LQ will provide complete and rapid drydown of tough weeds to improve harvest efficiency for the 2017 season.