Millions of eggs contaminated by fipronil removed from European shelves 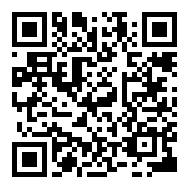 Millions of eggs are being recalled from shops and warehouses in Germany and the Netherlands and being blocked from sale in Belgium after some were found to contain high levels of insecticide fipronil banned from use in the production of food for human consumption.
About 180 Dutch farms have been temporarily shut down and a criminal investigation has been launched as authorities seek to establish the scale of the problem.
A European commission spokeswoman, Anna-Kaisa Itkonen, told reporters in Brussels: “The eggs are blocked. The contaminated eggs have been traced and withdrawn from the market and the situation is under control.”
Tests of chicken droppings, blood and eggs showed high levels of the insecticide fipronil, a common ingredient in veterinary products for getting rid of fleas, lice and ticks, but banned from being used to treat animals destined for human consumption.
According to the World Health Organisation, the highly toxic substance can damage the liver, thyroid glands and kidneys if ingested in large amounts over time.
View More

Source: The Guardian
Click to bookmark and build your agrochemical knowledge base
Print
ForwardShare