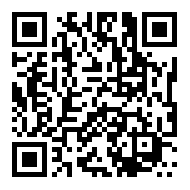 China has approved two more genetically modified (GMO) crops for import, the Ministry of Agriculture said, the second such move in the past month to expand access to biotech seeds as part of Beijing's 100-day trade talks with Washington.

The two new crops, approved from July 16 for a period of three years, are Syngenta's 5307 insect-resistant corn sold under the Agrisure Duracade brand and Monsanto's 87427 glyphosate-resistant corn, sold under the Roundup Ready brand, the ministry said on its website on Monday.

But it leaves four other products owned by Monsanto, DuPont and Dow still on a waiting list pending approval from Beijing.

DuPont was "disappointed" its Pioneer insect-resistant corn was not included, a spokeswoman said in an email. The other three are Dow's Enlist soybeans and two alfalfa products developed by Monsanto.

Hopes that all six would get the go ahead in the second round mounted after the National Biosafety Committee (NBC), a group of experts who advise the government on GMO safety, met late last month to review the six remaining products, company executives and experts said.

The first batch of approvals also followed an NBC meeting. The government has not confirmed the meeting took place or commented any further on the issue.

The approvals come after China promised to speed up a review of pending import applications as part of the 100-day trade talks with the United States. China is the top export market for U.S. agricultural products.

While the country does not permit planting of GMO food crops, it does allow GMO imports such as soybeans and corn for use in its animal feed industry.

Earlier this year, DuPont Pioneer began a limited commercial introduction of its next-generation Qrome corn products under stewardship in the Western United States, allowing it to make the new technology available to some growers ahead of Chinese approval.

DuPont continues to cooperate with Chinese regulators, the spokeswoman said, but added that "global markets should conduct predictable, transparent regulatory reviews based on sound science and be free from political influence".

The U.S. industry has repeatedly complained about the lack of transparency in China's biotech review process.

Beijing has in the past held back approvals of imported GMO products amid concerns about anti-GMO sentiment in the country.