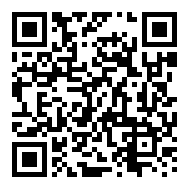 More than 400 farmers across the South planted demonstration plots this season of Genuity™ VT Triple PRO™ corn, which provides the industry’s first-ever dual modes of action for protecting against above-ground insects. Its broad-spectrum of protection includes previously uncontrolled corn earworm, which can significantly reduce yield potential and grain quality by feeding on corn ears.

John Wilde planted about 55 acres of the new technology on his farm in San Angelo, Texas. “My Genuity™ VT Triple PRO™ provided a 5 to 10 bushel-per-acre yield advantage over the comparison hybrids,” Wilde said. “I definitely plan to plant more next year.”

Wilde said he experienced moderate earworm pressure on his farm this season.

"Less insect damage translated into no aflatoxin in my Genuity™ VT Triple PRO™ corn, but I did have this problem in my other corn,” he reported.

Jamey Price said he saw a 10 to 15 bushel-per-acre yield advantage with the new technology in his 40-acre test plot in Pine Bluff, AR. “Corn earworm pressure was average, but I had no earworm damage in the Genuity™ VT Triple PRO™ corn,” Price said. “In contrast, I did see kernel damage in my comparison hybrids.”

Farmers and academics agree that earworm is extremely difficult to control with insecticides due to cost and the challenge of properly timing application sprays. Once farmers see injury on their corn ears, it is usually too late for effective control measures. Research shows that for every three kernels damaged per ear, farmers can lose a bushel per acre in yield.

"I think this pest has been costing us more yield than we realized,” said Buster Manning, who experienced strong earworm pressure on his farm in Pantego, N.C. “That’s why Genuity™ VT Triple PRO™ will be a good tool to help us do a better job of controlling this pest.”

In 2009, Manning’s Genuity™ VT Triple PRO™ corn yielded very well, with one product hitting the 207.9 bushel-per-acre mark, the other 187.8 bushels per acre – very respectable yields for non-irrigated corn in this part of North Carolina. “The ears looked much better, and the kernels were all intact,” he said. “You can tell a difference with this new technology.”

Genuity™ VT Triple PRO™ is planned for a full launch in 2010. Because of its dual modes of action, the technology is approved for a reduction in the refuge requirement in the South from 50 percent to 20 percent. This means farmers can protect more of their acres with the new, higher-yielding technology compared with non-Bt corn hybrids and experience improved grain quality.