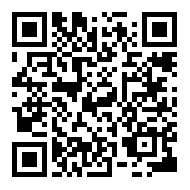 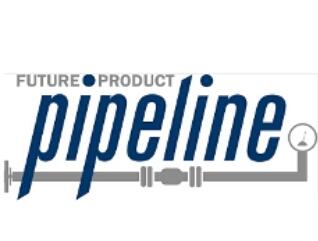 Syngenta will launch 16 new crop protection products in 2016, with multiple launches expected over the next five years, according to Jeff Cecil, head of crop protection product marketing for Syngenta, North America.
In total, Syngenta has some 50 or more new crop protection innovations in the U.S. pipeline alone, including 19 new active ingredients with potential for in North America, 15 label or use expansions, and at least 10 new premixes.
“That’s pretty remarkable,” Cecil said. “I’ve been in this industry for more than 20 years, and I’ve never seen this kind of pipeline coming out of any company.”
The pace is, in large part, due to the investment Syngenta makes in research and development (R&D)—more than $1.3 billion globally each year. That translates into more than $3.5 million every day, Cecil noted.
Most of the new 2016 crop protection product introductions will stem from the active ingredients from three new product registrations introduced in 2015:
*Acuron® herbicide contains four active ingredients, including the 2015 introduced active ingredient bicyclopyrone, and three complementary, overlapping modes of action for multi-targeted control of the most difficult weeds in corn.
“Acuron is a step change in control of large-seeded broadleaf weeds like giant ragweed, and it’s also providing benefit against other weeds that have become resistant to certain chemistries in the marketplace,” said David Laird, head of product biology for Syngenta, North America. “It’s really a new standard for residual herbicide weed control in the U.S.”
A 2016 product built on this technology is Acuron Flexi corn herbicide. Developed for growers who need to control difficult weeds with added flexibility, it features three active ingredients, including bicyclopyrone, and two modes of action. Where registered, growers can use Acuron Flexi without geographic or soil-type restrictions and can mix it with atrazine (AAtrex® brands) or glyphosate herbicides, depending on farming practices.
*Solatenol® fungicide offers residual disease control in corn, soybean, wheat, peanuts, potatoes, and various fruit and vegetable crops.
“We’ve launched four new products based on Solatenol technology alone,” Cecil said. “Trivapro™ is our fungicide for row crops. In dozens of 2015 trials, it lasted longer and worked harder than competitive programs.” The other Solatenol-based products are Aprovia® fungicide for apples, grapes and pears; Aprovia® Top fungicide for fruiting and cucurbit vegetables; and Elatus® fungicide for peanuts and potatoes.
*Orondis® fungicide contains the active ingredient oxathiapiprolin and offers a new mode of action for controlling economically devastating soil and foliar diseases on a variety of crops. In 2016, Syngenta will offer this fungicide in three multipacks of separately registered products: Orondis Opti, a combination of Orondis and chlorothalonil fungicides for long-lasting, broad-spectrum control of foliar diseases in potatoes and vegetables; Orondis Ultra, a combination of Orondis and mandipropamid fungicides for control of downy mildews on leafy vegetables and other crops; and Orondis Ridomil Gold® SL, a combination of Orondis and mefenoxam fungicides for best-in-class protection against devastating soil-borne diseases in tobacco and vegetables.
“Orondis provides excellent systemic control and can be used at very low use rates,” Laird said, adding that it’s been about 30 years since agriculture has seen a product with this level of oomycete activity and movement in the plant.
In agriculture, increased yield is a constant goal, noted Cecil. But factors, such as resistance, environmental conditions and pest shifts, can complicate growers’ efforts in the field. “That’s why we are committed to a robust pipeline of new technologies that will help resolve challenges and make increased yield a reality,” he said.
View More