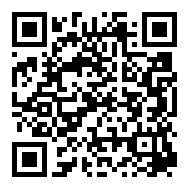 Favorites Print
ForwardShare
Feb. 15, 2016
Agriculture Minister Lawrence MacAulay announced that the Government of Canada is investing over $980,000 in research to help drive innovation and profitability in the canola industry.
The investment through the Canola Council of Canada (CCC) will support the canola industry's new strategic plan entitled "Keep it coming: 52 by 2025" designed to help improve canola yields to meet 26 million metric tonnes of global demand and increase yield to 52 bushels per acre by 2025.
Agriculture and Agri-Food Canada scientists, in collaboration with Canola Council of Canada, will conduct research on disease management, stand establishment and fertility management.
Quick facts
• Canola drives Canada's economy with $7.4 billion in farm cash receipts and over $9 billion in exports, including oil and meal.
• About 85 per cent of Canada's canola production is exported internationally to countries such as China, Japan, Mexico and the United States. In 2014, Canada exported 9.6 million metric tonnes of canola seed for a value of $5.2 billion.
• The Canola Council of Canada is a not-for-profit organization based in Winnipeg, Manitoba, with the objective of advancing the growth and profitability of the canola industry.
• This investment is being made through the Growing Forward 2, AgriInnovation Program, a five-year, up to $698 million initiative.
Quotes
"Canada's canola sector contributes significantly to the country's economy. Investments in research will help boost canola yields and position the sector for future growth and sustainability."
- Lawrence MacAulay, Minister of Agriculture and Agri-Food
"The government's support for canola agronomic research is great news for the canola industry. Teamwork has always been a strength of our sector and this partnership will play a critical role in reaching our shared vision of sustainably and profitably increasing canola production in Canada."
- Patti Miller, president, Canola Council of Canada