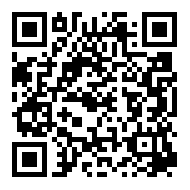 Favorites Print
ForwardShare
Apr. 15, 2015
Valagro, the global leader for developing and marketing of biostimulants and specialty nutrients for plants, and the prestigious Italian institute Scuola Superiore Sant'Anna di Pisa, have renewed their partnership for the next five years.

The collaboration has an estimated value of more than one million Euro over a five years period of which more than an half is already funded by Valagro and allows the development of research projects in the field of genomic characterization of prototypes or substances derived from plant extracts or fermentation processes, enhancing Valagro’s GeaPower® platform.

Furthermore, of major importance are studies to be carried out on the effect of recently discovered genetic sequences that regulate the behaviour and the expression of genes within plants.

The collaboration also provides for a mechanism of economic incentives for academic researchers. This partnership is of particular significance in Italy, where investments in research and development have always been low.

Furthermore, in the last ten years investments of Italian companies increased by 6%, and of non-profit organisations by + 1%, as opposed to government investment  decreased of - 3%, and -5%  in higher education.

In the US, on the other hand, collaboration between universities and industry has risen significantly over the last thirty years, during which it even took the form of a convergence not only in aims and approaches, but also physically, creating campuses where academic researchers and companies work side by side on a daily basis.

This further demonstrates the commitment of Scuola Superiore Sant'Anna to advancing scientific research, which is critical to the future of the country and its economy.

"I am proud of this collaboration that is renewed with a university as prestigious as Scuola Superiore Sant'Anna - said Dr. Alberto Piaggesi, Global Research & Development Director of Valagro - this agreement demonstrates concretely the commitment of Valagro to invest also because we have been involved in this programme for five years. This further gives - Piaggesi concluded -  greater stability to the researchers, who can then focus on research projects without having to worry about what will happen the day after."

"The public/private partnership is one of the strategic opportunities for technological innovation in a country - Prof. Pierdomenico Perata, Rector of Scuola Superiore Sant'Anna and Scientific Director of the collaboration with Valagro said - this collaboration will also provide the brightest students and PhD holders with the possibility of being selected by Valagro to continue their careers there. In this way - Prof. Perata concluded - Scuola Superiore Sant'Anna is also contributing to keeping the best brains in Italy, avoiding them having to seek job opportunities abroad, a phenomenon which is particularly harmful for everyone."