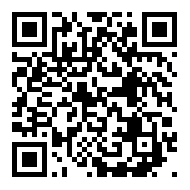 Mr. Lichtenstein's role is meant to ensure the effective alignment of teams, resources and processes of CNAC and MAI. This is to improve the coordination, focus and pace of execution of MAI's and ChemChina's integration, as well as enable transition of know-how and best practices between the two organizations.

Mr. Lichtenstein's appointment underscores MAI's and its shareholders' strong commitment to accelerating the creation of a solid platform in China as a basis for furthering MAI's growth and enhancing its global competitive position.

Mr. Lichtenstein was appointed Deputy CEO of MAI in 2012, following leading its Global Resources Division, which spans operations and R&D, and MAI's Corporate Development. He joined MAI's management in 2006, after serving as Executive Director of Investment Banking at Goldman Sachs in New York and London.

Mr. Lichtenstein holds joint doctoral degrees from Stanford University's Graduate School of Business and School of Law, and B.Sc (Physics) and LL.B from the Hebrew University of Jerusalem.