GMOs to be commercialized in Iran in the next five years 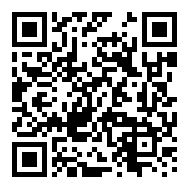 Favorites Print
ForwardShare
Dec. 17, 2012
In the 18th Food and Agriculture Organization's e-mail conference on GMOs in the pipeline: Looking to the next five years in the crop, forestry, livestock, aquaculture and agro-industry sectors in developing countries, Dr. Behzad Ghareyazie participated as the President of the Biosafety Society of Iran. Dr. Ghareyzie shared the strong genetic engineering program in the country with the strategic plans stated in Iran's National Biosafety Law.

The Law states that "all activities related to production, release, import, export, transit and transportation, commercialization, use and application of GMOs are permitted" and "the government should take all necessary actions to facilitate these."

With this as guidance, all the infrastructures and facilities were set in place to capacitate the government in the release and use of GMOs. Dr. Ghareyazie revealed that the first GMO to be commercialized in Iran is Bt rice and the herbicide tolerant rice. The combination of the two is hoped to bring drastic changes in agricultural systems in the country. Bt cotton, Bt sugar beet, herbicide tolerant canola and Bt alfalfa are the next GM crops to be released in the next 5 years.