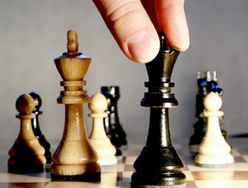 The Chinese Ministry of Industry and Information Technology on a recent day issued its 12th Five-Year Plan for pesticide industry development, suggested to foster two or three internationally competitive large business groups respectively with more than RMB10 billion Yuan of sales in the 12th-Five-Year Plan period.

The target is that by 2015 high efficient, safe, economical and environment-friendly pesticide varieties will take up above 50% of the total pesticide while high toxic products or products with high residues will be reduced down to 3% from the past 5%.

The Planning also set a target for energy conservation – by 2015 special contaminant treatment technology is going to be further improved where the “3 wastes” discharge will be further reduced with the main contaminant discharge to be reduced by above 10%.