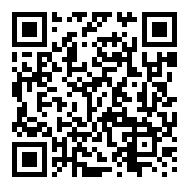 
The European Commission has decided to phase out the fumigant, chloropicrin by 31 December 2012 according to the Commission’s non-approval proposal. However, The Standing Committee on the Food Chain and Animal Health could not reach an opinion on that proposal, which was consequently referred to the Appeal Committee. The Committee met on 5 December 2011 and, although agreeing to the non-approval proposal, allowed a further 6 month withdrawal period for this substance. Chloropicrin products will be withdrawn from the market for sale and supply on 23 June 2012. Storage and use may continue until 23 June 2013. In UK, three products Chloropicrin Fumigant, Custo-Fume and K & S Chlorofume which containing chloropicrin, will also be withdrawn from the market to comply with the Implementing Regulation.
View More