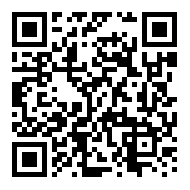 Four more nongovernment organizations (NGOs) operating globally have joined hands in the outcry calling for banning pesticides in the aerial spraying of banana plantations in Mindanao.

The four NGOs are the Pesticide Action Network in Asia and the Pacific (PAN-AP), International Persistent Organic Pollutants Elimination Network (IPEN), Greenpeace Southeast Asia and the Global Alliance for Incinerator Alternatives (GAIA).  They are known worldwide for their work promoting people’s rights and welfare, and environmental issues.

These four NGOs are jointly urging Department of Environment and Natural Resources (DENR) Secretary Lito Atienza and Davao City Mayor Rodrigo Duterte to act without delay in banning the practice of chemical aerial spraying.  The four NGOs said they are acting on behalf of residents living on or near banana plantations being subjected to the practice.

The four NGOs said in a statement that the DENR continues its inaction on the issue despite a move of the Kauban-Mindanao, a federation movement affiliated under the Ang Katipunan ng mga Samahang Maharlika, asking concerned environmental agencies to implement the strategic approach to international chemicals management (SAICM) and ban the aerial-spraying practice.

According to the Kauban-Mindanao group, the SAICM is a global policy and strategy adopted in 2006 that sought to discourage the use of chemicals in aerial spraying. The Philippines is a signatory to the SAICM.

PAN-AP executive director Sarojeni Rengam said, “As the lead agency for SAICM, we urge DENR Secretary Atienza to heed the cry of the people in Davao City and strongly uphold the rights of the people and nature not to be drenched and poisoned with toxic chemicals.”

Earlier, a six-person delegation from the Mindanao-based Mamamayan Ayaw sa Aerial Spraying (MAAS, or Citizens Against Aerial Spraying) have personally discussed the banning of the aerial spraying practices in Mindanao with Atienza.

"We hope that Atienza will complement the ban on aerial-spraying with another directive that will initiate a participatory process toward creating a robust chemicals regulatory regime, in line with SAICM, to keep humans and the ecosystems safe from chemical assaults and harms,” said Monica Wilson, GAIA cocoordinator.

GAIA is a US-based worldwide alliance of more than 600 grassroots groups, NGOs, and individuals in over 80 countries whose aim is to achieve  a just, toxic-free world.

A team of health experts here recommended earlier the banning of aerial spraying of pesticides in the village of Camocaan, Hagonoy, Davao del Sur.

"Banning the aerial spraying of dangerous chemical pesticides is the only solution toward preventing chemical pollution and reducing chemical risks. It will hopefully induce the industry into switching to environmentally sound and safer substitutes, including nonchemical alternatives to managing pests,” said Australia-based Mariann Lloyd Smith, cochairman of IPEN.

IPEN is a global network of more than 600 public interest NGOs working together for the elimination of persistent organic pollutants on an expedited yet socially equitable basis.