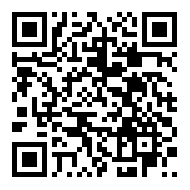 A precision sprayer powered by artificial intelligence reduces total herbicide costs by more than $65 per acre, according to a university field trial.

Greeneye’s system includes a new aluminum 120-foot boom with 24 cameras plus GPUs for real-time detection and spraying of weeds, and 72 sets of lights to allow the operator and system to work around the clock.

The cameras monitor for weeds as the sprayer moves across the field, and upon detection of a weed, triggers a nozzle within milliseconds to spot-spray herbicide.

The field trial found the Greeneye system achieved the same weed control efficacy for broadleaf as broadcast application. For grasses, the system performed at about 90% accuracy, compared to 93% with broadcast.

Greeneye reduces post-emergence herbicide use by 87%, representing a more than $40 per acre savings for farmers.

The system also produced a 94% reduction in burndown herbicide use during pre-emergence spraying, which saves nearly $25 per acre compared to broadcast application.

Greeneye CEO Nadav Bocher says reducing farmers’ use of herbicides is only the beginning of the retrofit system’s potential.

″Now we're working on expanding those capabilities. For example, precision spraying of fungicides micronutrients, that's one value expansion and additional capabilities we're looking to introduce soon. The other part of it, those 24 cameras, in addition to scanning the field in real time and making real-time decisions of where to spray, they also collect data from the field so we can share with farmers — maps of their field, where are the weeds down to the species level so you know exactly what weeds you are dealing with and purchasing the relevant crop protection. We're talking about crop stand count, crop stress indication, so much information that we are gathering with those cameras, and we give back to our customers.″

Greeneye concluded its first commercial season in the U.S. this year. Bocher says the system is sold out for 2023, but the company is taking preorders for 2024.

AGCO owns a 2.9% equity stake in Greeneye Technology — a fitting addition to AGCO's retrofit-first approach to its technology stack.