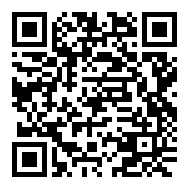 For more than a decade, Pivot Bio has worked to replace synthetic nitrogen fertilizer with a sustainable, safer tool for farmers. Years of research have culminated in a scalable, proprietary platform that enables microbes to convert atmospheric nitrogen into a form that crops like corn and wheat can use as nutrition. Commercially available in the United States since 2019, Pivot Bio’s microbes provide U.S. farmers with a dependable and consistent nitrogen source that adheres to the root of the plants and does not wash away or volatilize into the air.

″Pivot Bio was founded on the belief that farmers need a better way to fertilize their crops. Synthetic nitrogen is unsustainable, and our technology has solved one of the biggest challenges facing modern agriculture – replacing synthetic nitrogen with something better,″ says Pivot Bio CEO and Co-Founder Karsten Temme, Ph.D. ″We are excited to expand our operations and ultimately introducing our technology to farmers everywhere, starting in Canada.″

Pivot Bio’s breakthrough technology works with the world’s most nitrogen-hungry crops. In Canada, canola, corn, and spring wheat account for about 45% of seeded acres and Canadian farmers use about five billion pounds (2.2 billion kilograms) of synthetic nitrogen every year to grow those crops.

Pivot Bio’s manufacturing footprint is also sustainable. The company’s microbes are produced using fermentation with virtually no carbon emissions. This replaces the chemical-based and energy-intensive Haber-Bosch Process traditionally used to create synthetic nitrogen and eliminates greenhouse gas emissions generated from the production of chemical nitrogen by up to 98%.

The world’s population is growing and demanding more food, fueling the need for more synthetic nitrogen. This leads to greater negative impact on the climate and global food system. Farmers everywhere are in urgent need of a cleaner nitrogen source that supports sustainable agriculture without jeopardizing food production capacity – and Pivot Bio’s breakthrough crop nutrient innovation will play a critical role in the future of food, farming, and the health of our planet.