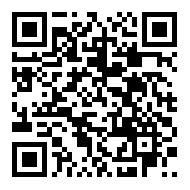 Genetically modified wheat is finding paths into crop production in some parts of the world, and the science behind it is increasingly established and sound. It could lead to higher yields and reduce production risks, enhancing the global food supply.

So why isn’t it on the table globally? The primary answer is lack of widespread market acceptance, and that is no small hurdle.

But the world is gradually changing.

Two weeks ago, Australia and New Zealand approved the consumption of foods made with wheat that has been genetically modified for drought resistance and/or glufosinate tolerance.

Brazil was the first to allow imports last year. However, none of those three countries permit production of the crop. To date, Argentina is the only nation that permits GM wheat to be grown.

The binational regulatory agency in Australia and New Zealand, when it approved Argentine drought tolerant wheat for food, noted that it produced about 20 percent higher yields than conventional wheat varieties when under drought stress.

Genetically modified cereals are an attractive concept for many producers. The ability to have simple and less expensive weed control is a good starting place. Plants able to shut down metabolic processes in times of drought stress would also be positive from growers’ perspectives.

Cereals genetically modified to resist insects, such as more easily integrated solid stems for sawfly resistance or resistance to fusarium penetration, would reduce producers’ yield and quality penalties and lower costs for pesticides and their application. Resistance to fungal infections from rusts and moulds would allow for greater yields in wetter conditions.

All these traits would open areas and rotations to more profitable cereal production, especially for wheat. But new genetic breeding tools aren’t silver bullets and many of these trait developments are years away.

At present, much of the world is fed and oiled on GM crops. In the past 30 years, dozens of GM crops have been found safe for use and approved across the globe. Without them, many yields would be significantly lower, more diesel fuel and tillage would add to the greenhouse gas balances in our environment, sugar would be a much pricier item and more of the world’s poor would be hungry.

In short, the planet’s available acres of farmland would be far less efficient than they are today.

Still, the biggest GM crops are corn, soybeans, cotton, sugar beets and canola. Oils, starches, sugar and other products derived from those crops find their ways into the human food chain, byproducts and livestock rations.

GM wheat and rice, vital human foodstuffs, haven’t been as readily accepted. Golden Rice, with its blindness-beating high beta carotene content, might be the single greatest human health contribution made by a GM crop, but two decades after it was licensed, it is only accepted for production by one country: the Philippines.

Public skepticism about the safety and benefits of GM breeding tools, fueled by anti-science groups, has kept politicians from doing the right things for humanity.

That’s not the only hurdle. Producers in Western Canada and the Plains states have long rejected the increased seed costs for hybrid cereals due to the price of single-use genetics. Without significant, consistent benefits to producers, they likely will continue to do so.

Major global markets must approve the consumption of GM cereals before Canadian growers consider growing them because GM traits would likely be intermingled with conventional varieties. That would leave growers at risk of losing international trade.

So, the times are changing. With science leading the way, markets may someday follow.