How does the crisis in Sri Lanka impact India? 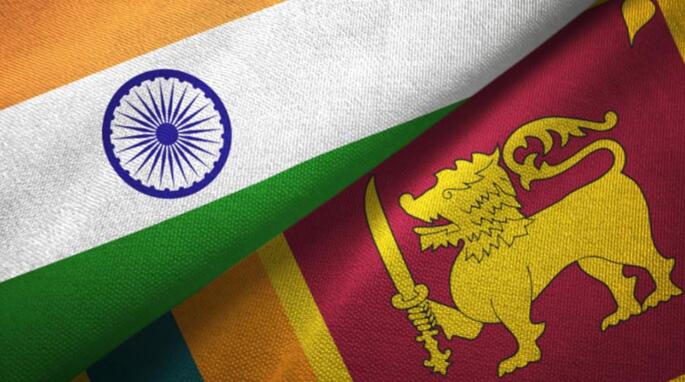 This article was originally published on India Briefing, written by Naina Bhardwaj

As the economic crisis in Sri Lanka deepens, further spilling over into civil unrest and political instability in the island nation, we discuss its impact on India – economic, societal as well as geopolitical. India is currently navigating uncertain straits in its dealings with Sri Lanka, where the right diplomatic strategy is the key to determining India’s geopolitical influence in the region.

Mounting economic woes in neighboring Sri Lanka, triggered by a severe shortage of foreign currency and the inability to pay for essential imports, including fuel, have deepened the crisis in the island nation. From debilitating power cuts lasting up to 13 hours to shortages of food, petroleum products, essential goods, and a soaring double-digit inflation rate of 17.5 percent, the situation in Sri Lanka is worrisome, with political uncertainty fuelling violence among the masses.

India, Sri Lanka’s only immediate neighbor, is treading a tightrope as it grapples with the challenges and opportunities that this crisis in Sri Lanka has presented.

What led to the Sri Lankan crisis?

The crisis in Sri Lanka was mainly triggered due to a shortage of foreign exchange (forex) reserves, which have plummeted by 70 percent over the last two years to just US$2 billion by the end of February 2022. The remaining forex reserves can barely sustain two months of imports. Meanwhile, the country has foreign debt obligations of about US$7 billion in 2022.

Several factors have contributed to the forex crisis. Sri Lanka has suffered the most due to the collapse of the tourism industry ever since the 2019 Easter Sunday suicide bombings, after which tourist arrivals in Sri Lanka dropped by 70 percent. This was further exacerbated by the pandemic led travel restrictions. Additionally, during the pandemic, remittances from foreign workers, which is Sri Lanka’s largest source of US dollars, slumped by 22.7 percent to US$5.5 billion in 2021.

The country’s consumption patterns are also heavily dictated by the dependance on imports of essential goods like sugar, pharmaceuticals, fuel, pulses and cereals, which worsened the crisis. Coupled with a series of bad policy decisions like the ban on chemical fertilizers led to a drastic decline in domestic food production, pushing up food prices by 25 percent.

How is the crisis in Sri Lanka impacting India?

India is not isolated from the impact of the economic crisis in Sri Lanka. Driven out by hunger and loss of jobs, there has been a surge of people from the island nation seeking refuge in India.

It must be noted that India relies considerably on the Port of Colombo for global trade given its status as a transshipment hub. 60 percent of India’s transshipment cargo is handled by the port. India-linked cargo, in turn, accounts for 70 percent of the port’s total transshipment volume.

However, at present, thousands of containers sent from India to Sri Lanka, including for its own consumption as well as trans-shipment cargo, have been lying uncleared at the port as authorities are unable to afford to transfer containers between terminals. This, in turn, has led to some build-up of cargo intended for Sri Lanka at Indian ports. Any disruption in operations at the Port of Colombo makes India vulnerable to an increase in costs and congestion issues. While the work on building a transshipment hub in Kerala has begun, it is in India’s interest to help relieve Sri Lanka of the economic crisis in the short-term

Additionally, India is also one of the largest contributors to foreign direct investment (FDI) in Sri Lanka. FDI from India amounted to about US$1.7 billion from 2005 to 2019. After China and the UK, India was the biggest source of FDI for Sri Lanka in 2019 at US$139 million. The main investments from India are in the areas of petroleum retail, tourism and hotel, manufacturing, real estate, telecommunication, banking, and financial services. Any instability in Sri Lanka might affect the interests of large Indian companies like Indian Oil, Airtel, Taj Hotels, Dabur, Ashok Leyland, Tata Communications, Asian Paints, State Bank of India etc, which have invested in Sri Lanka.

With India being the only immediate neighbor of Sri Lanka, the threat of large-scale humanitarian crisis could also impacts India. With the shortage of food, medicines, and growing political instability, India finds itself placed in a position of immense responsibility to avert the crisis through all possible aid.

Whenever a political or social crisis has occurred in Sri Lanka, India has witnessed a large influx of ethnic Tamil community refugees from the Sinhala Land to India through the Palk strait and Gulf of Munnar. However, India may find it difficult to handle such an influx and needs a robust policy in place to handle the crisis.

Amid the sudden halt of tea supply by Sri Lanka to the global tea market, India is keen to plug the supply gaps. Sri Lanka, which is world’s largest tea exporter, has been left grappling with a sharp decline in tea production amid 12–14-hour daily power cuts. Indian tea exporters find themselves well-positioned to capture markets in countries that import orthodox tea. India could strengthen its footprint in Iran and as well as new markets such as Turkey, Iraq, the US, China and Canada.

The Indian textile industry too is poised to gain amid the crisis as Indian apparel exporters are beginning to receive orders from the UK, EU, and even Latin American countries where Indian textiles had little or no presence. Before the financial crisis ensued, textiles and garments contributed nearly half of Sri Lanka’s exports. However, in the apparel segment too, the production and supply are disrupted due to power cuts.

Geopolitical experts have also touted that India can make use of this opportunity to balance its diplomatic ties with Sri Lanka, which have been distant owing to Sri Lanka’s proximity with China. However, in recent times, Sri Lanka’s policy tilt vis-à-vis India and China, trying balancing both the Asian powers is evident. As the disagreement with China intensified on the fertilizer issue, India’s fertilizer delivery to Sri Lanka on the latter’s request  is seen as a positive development in the bilateral relations.

This has been followed up with India’s four-pronged economic and financial assistance approach to Sri Lanka. It includes credit lines for the import of food, fuel, and medicines; currency swaps to boost foreign exchanges; modernization; and holistic investments, in the sectors of renewable energy, ports, logistics, infrastructure, connectivity, and maritime security.

How is India aiding Sri Lanka?

India has extended financial assistance to the tune of US$2.4 billion, starting from late 2021, which includes a US$400 billion Reserve Bank of India (RBI) currency swap, deferral of a US$500 million loan and a US$1.5-billion credit line for importing fuel, food and medicines.

As immediate relief, India has sent around four consignments of 40,000 metric tons of diesel to mitigate the spike in power cuts in Sri Lanka. India has also sent 40,000 tons of rice in prompt shipments to the island nation.