China to suspend all registrations on endosulfan in 2011 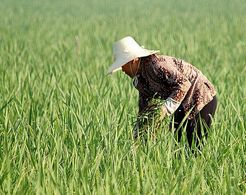 Last month, a 127 countries meeting in Genava has agreed to add endosulfan to the POPs list, indicating that the organochlorine insecticide to be eliminated from the global market next year. According to Agropages, China has listed endosulfan to the additional 22 pesticides being banned by the MOA and its registrations are to be suspended by the end of the year.

Since it’s first launched in China 17 years ago, endosulfan has been used on various crops such as cotton, vegetables, cereals, tobacco and etc. Agropages found that by 13th May this year, there are 46 registrations of its formulations products and technicals in China, mainly approved for used on cotton, tea, tobacco, wheat, apple and pear. Most of the registrations will be expired during 2013 and 2014. Six mixed formulations are to be expired in 2015. An Indian company, Excel Crop, hold the longest registration from 7th March 2011 to 7th March 2016.

Thought the authorities has not scheduled the phase out, an official from MOA confirmed Agropages that endosulfan is to be eliminated under the Stockholm Convention. A relevant person in charge of the ICAMA revealed that China has set phase out plan for 22 high toxic pesticides this March and endosulfan is among the list.

"Many of us have reduced the production while expanding its alternatives, thus the phase out won’t impact us so much!” An endosulfan producer expressed no concern on this matter. A distributor told Agropages that many growers have been aware of its harmfulness and turned to the pyrethrums.” Insiders said the alternatives on cotton might be favored by the elimination.