Weather experts forecast hot and dry summer in the UK 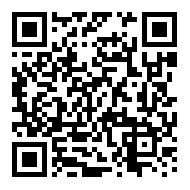 Favorites Print
ForwardShare
May. 20, 2011
Weather experts have warned farmers and growers they could be facing a hot and dry summer like the country saw in 1976.

Meteorologists at Netweather, who have a strong record with their long range forecasts, said the summer will be hot and dry with the hottest months being June and July.
They also said there will be long runs of hot, humid days.

Netweather forecaster Stewart Rampling said: “Of the post war summers, 1976 was perhaps the epitome of the long, hot and dry season, perhaps most remembered for the drought which most parts of the UK endured.

"This coming summer there is a number of parallels with 1976 and, following a drier than average winterand very much drier than average spring, we are very concerned that a sustained spell of warm and dry weather will only compound pressure on water resources.”
View More