Pesticides are expected to earn USD 13.3 billion this year in Brazil 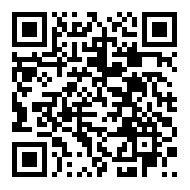 The net sales of the agrochemicals market in Brazil should reach US$13.3 billion in 2021, according to Sindiveg (National Union of the Vegetal Defense Products Industry).

The projection was presented in an Abiquim (Brazilian Chemical Industry Association) report to which AgroPages had first-hand access.

If confirmed, this net sales of pesticide companies would increase by 7.3% over 2020. Totally $6.2 billion in products were imported this year, a decrease of 10.1% compared to the previous year's purchases.

According to Sindiveg, which brings together the leading agrochemical companies formulated with patents in Brazil, the consumption of 536,000 tons of pesticides “effectively applied” in crops is estimated (PAT concept = “product per treated area”). If the projection was confirmed, there would also be a drop of 10.1% compared to 2020.

According to Ciro Marino, Chief Executive of Abiquim, “invoicing grew, but so did costs. With a good balance, the only concern with the lack of competitiveness is clearly expressed by the growing participation of imports in the portfolio for meeting Brazilian needs. Estimates already point to a record deficit in the sector – around $45 billion,” he warned.

"This result is due to a series of factors, emphasising the beginning of summer planting and the expected increase in the 2021-2022 crop, in addition to the expectation of firm prices for the main commodities," explained Julio Borges, President of Sindiveg. In volume, pesticides applied in the 3rd quarter reached 154,600 tons, increasing 6.6% compared to the same period in 2020.

The market value of applied agricultural pesticides reached $ 1.7 billion in the third quarter, increasing 21.7% compared with July-September 2020 ($1.4 billion). "The expected growth of the next crop is great news for all links in the production chain. However, it is important to highlight that the area growth requires more attention from farmers to phytosanitary challenges, which are not few and are always being renewed," Borges added.

The Sindiveg president valued the growth of the area dealt with in the third quarter, but expressed concern about the global scenario, "which is unstable and is of great concern, due to the scarcity of imported raw materials, rising costs and, especially, lack of warranty delivery of inputs by China, our main supplier.”

“Sindiveg is alert about rising costs of imported raw materials and logistical problems. Especially in recent weeks, we have been facing difficulties in receiving important inputs. The organization and all the associated industries are working tirelessly to resolve the situation as quickly as possible, to avoid a possible lack of inputs, but the scenario is extremely worrying,” Borges concluded.