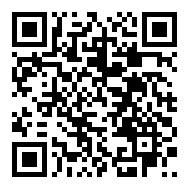 By P.j. Huffstutter and Zuzanna Szymanska

U.S. farmers are pre-buying seeds and chemicals they need earlier than normal, in a bid to secure supplies for next spring amid sector-wide supply-chain problems, a top executive at German agricultural and pharmaceuticals firm Bayer AG said on Tuesday.

Bayer also estimates its average seed prices will go up about 5% for 2022, Liam Condon, president of Bayer's agricultural unit, told Reuters on Tuesday.

"What we're seeing is a pretty robust order book," Condon said. "How extensive that is, it's still too early to call from our point of view. But it's clearly noticeable."

U.S. farmers have been gearing up for a spike in how much it will cost them to produce their corn and soybean crops next year, amid rising prices of fertilizer, chemicals and seeds due to labor issues, snarled exports and surging demand.

Bayer sees no impact on its full-year guidance from customers' changing planting habits or a five-week shutdown at its main glyphosate herbicide production site in Louisiana after Hurricane Ida, the German life science group said earlier on Tuesday.

Bayer had to close the Louisiana factory after the hurricane slammed the Gulf Coast in late August, further complicating logistical and supply-chain problems that had already tightened global supplies of fertilizers and chemicals.

Prices in the fertilizer market, which also has been hammered by rising energy costs in Europe and China, are now soaring to levels seen during the global financial crisis.

"We lost five weeks of production. This will, of course, involve some cost that will have an impact on sales, but nothing to any degree that would impact our full-year guidance for this year," Condon told investors on Tuesday during an online event.

Asked if rising production costs may push farmers to plant fewer acres of corn - which is a cornerstone of Bayer's performance and tends to be a more expensive crop to produce - and more soybeans, Condon said it was too early to know whether producers might make any such shifts.

However, he said, Bayer would see any changes as seasonal fluctuations rather than anything that could affect the outlook of the company's crop science division. He added that any product price increases would be passed on to Bayer's customers.

"Our strategy has always been to pass on inflation, clearly, into the market," Condon said. "This is the only way we will maintain a sustainable business, and we're confident in our ability to do that."