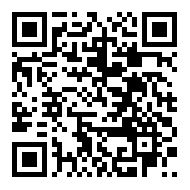 Sri Lanka’s Agriculture Ministry announced that 30,000 Metric Tonnes of Organic Pottasium Chloride fertilizers were imported to the country on October 13.

The consignment reached Sri Lanka from Lithuania aboard the Bulk Carrier named VIGOROUS.

The Ministry said that the fertilizer will be immediately dispatched to Agrarian Development Centers in Ampara, Batticaloa, Anuradhapura, Polonnaruwa, Kurunegala, Puttalam, Trincomalee, and Hambantota for the Maha Season Cultivations.

Several months ago, Sri Lanka banned the importation of chemical fertilizers in a bid to move towards organic farming.

For months, Farmers across many areas in Sri Lanka have been protesting against the shortage of fertilizer in the country.

The ban on chemical fertilizers — widely used in the tea and rice industries — was opposed by farmers who staged protests after reporting failing vegetable crops as existing stocks began to run out within weeks.

The promulgated regulation restricting and banning the import of fertilizers and agrochemicals is leading to widespread concern among Sri Lanka’s farmer community, industry associations, practitioners, and agricultural professionals.