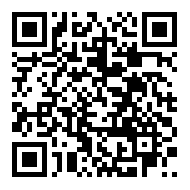 Delays in potassium fertilizer deliveries to farmers at the start of Brazil's 2021/2022 soy season - driven partly by sanctions against No. 2 producer Belarus - are spooking growers in the world's largest soy supplier, according to a farmers' lobby.

Strong demand and disruptions in the supply chain have caused potassium prices to soar 200% this year, weighing on farmers' costs and threatening future crop yields.

Brazil's soybean planting is in the initial stages in Mato Grosso, Brazil's top grain state, where farmers plant a second cotton or corn crop after the soybeans are harvested.

In the Matopiba region in northeast Brazil, where delivery delays are also a worry, soy sowing will start later this year.

"There is concern among those who have not received it," said Antonio Galvan, president of the Brazilian soy growers association Aprosoja, referring to potassium orders. "This can be a problem as [soil] fertilization will be lower and the chances of producing less [soybean] increases."

The moment for applying potassium varies depending on soil type. Galvan said some farmers do it 30 days after planting while others apply it before sowing, to optimize the work.

"We hope delivery delays do not compromise the harvest," Galvan said, adding he had not yet received all of the potassium he ordered. Brazil should reap a record of close to 144 million tonnes of soy this season.

Analysts say delivery delays should not affect large and medium-sized growers because they bought potassium in advance.

Still, soy growers in some parts of the country face potential yield losses if the product fails to arrive in time for application, they said.