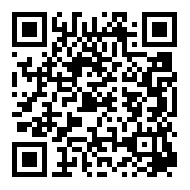 Over the last decade, biological products have become one of the fastest growing segments in the agriculture industry due to increased stringent regulations and farmers’ needs for sustainable pest-resistant products in order to expand the yield of quality crops around the world1. The current global market for biological agrochemicals is over $7 billion and is growing 13-15% per year2. To better grasp this agriculture segment’s exponential growth, it’s important to understand what biological products are and how they can provide value to agricultural production.

Although biological crop protection products can take many forms, from live beneficial insects to metabolites produced by bacteria and fungi, they are commonly divided into three categories: biofertilizers, biostimulants and biological control products.

Biostimulants are products that help plants reduce the impact of abiotic stress such as heat, cold, frost and drought. The most commonly used biostimulants include seaweed, amino acids, plant extracts, organic acids and microbials.

Although biocontrol has become more popular within the last 20 years, the concept has a deep-rooted history in the agriculture crop protection industry and was established nearly 150 years ago. In 1879, green muscadine fungus, Metarhizium anisopliae, was used in sugar beet for control of sugar beet weevil (Bothynoderes punctiventris) and on wheat for control of wheat grain beetle (Anisoplia austriaca). In 1902, bacteria Bacillus thuringiensis (Bt) was discovered in silkworm farms but wasn’t used until 1920 for control of mill moth (Ephestia kuehniella). Shortly after, Bt gained tremendous popularity as a foliar-applied product and eventually for use in genetically modified crops. In 1916, small wasps known as Trichogramma spp. were used for the first time as parasites on codling moths (Cydia pomonella) and later incorporated into various agricultural and horticultural production processes. Today, Trichogramma spp. are the most commonly used macroorganisms as endoparasites of several Lepidoptera moth pests, including European corn borer (Ostrinia nubilalis). In 1930, soil fungus Trichoderma spp. was initially isolated and used as biofungicide seed treatment for reduction of soil borne diseases caused by Pythium, Rhizoctonia and Fusarium. In 1971, bacteria Bacillus subtilis was identified for seed and seedling diseases, later to be one of the most widely used bacteria in the seed treatment industry for disease control and stimulation of plant natural resistance and as a growth enhancer. In 1975, Nuclear polyhedrosis virus (NPV) was registered to address problems with corn earworm (Helicoverpa zea) Subsequently, NPV gained registration for control of insects of cotton, as well as in forestry for gypsy moth (Lymantria dispar).

Although, biological products have been utilized for nearly 150 years, they were marginalized by the traditional chemical crop protection approach and have been adopted for use mainly in organic production. The revitalization of interest in biologicals started in the beginning of 21st century, driven by consumer pressure on regulators worldwide to reduce use of chemical pesticides and fertilizers in agricultural production. Additionally, growing resistance of diseases and pests to several chemistry classes and slower discovery pipelines of the major chemical companies led to an increased interest in naturally derived active ingredients. Also, advances in genetic research, particularly in gene sequencing and metabolomics, allowed for a much better understanding of the cell’s metabolites allowed for rapid progress in the discovery and development of biological products.4

Several research startups emerged in Europe, North America and South America. Major chemical companies started investing in the biologicals space, first by acquiring smaller companies, and then by investing into their own research laboratories. Thousands of new microbial organisms have been isolated from the soil and plants all over the world, sequenced and screened for bioactivity. Companies have started investing in fermentation methodology and facilities, which has greatly advanced this research and helped lower costs to a more reasonable level. At this stage, the number of new biologicals that have made it to market is still small compared to traditional chemical pesticides, but many are in the development and registration process.4

Most biological products are gaining broad acceptance in the marketplace as a major part of integrated pest management (IPM) programs, providing many benefits. Biologicals offer additional safety to the applicator and environment, allowing for reduction in the restrictive entries and maximum residue limits (MRLs). Biologicals also increase the number of beneficial insects in the environment or by bringing different modes of actions to the chemistries by reducing the number of resistant fungal spores in the environment. Several companies have developed programs where chemical and biological products are used in alternation or in combination. Several seed treatment products on the market already contain both chemical and biological components.

The rate of biological market penetration is affected by the lingering perception that biological products are costly and do not perform as well as conventional pesticides. Since most biological products are preventative and not curative, they can be used early in the season or in combination with curative chemistry in a regular maintenance program. The long-term benefits of incorporating biological products into the programs are expansive, as they support plant and soil health without harming the environment. Over time, these benefits lead to lower expenses for crop protection while increasing crop yields to feed the world’s growing population.

This article is part of a three-part series in which Ingevity will provide further in-depth information about specific biocontrol products, mostly biopesticides and biostimulants.