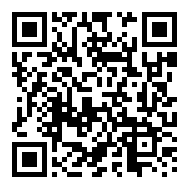 U.S. EPA is releasing its draft biological evaluations (BEs) for clothianidin, imidacloprid and thiamethoxam, which are part of a group of insecticides known as the neonicotinoids, for public review and comment. These neonicotinoids are used on a variety of crops, turf, and ornamentals, among other residential and commercial indoor and outdoor uses.

The “likely to adversely affect” (LAA) determination means that EPA reasonably expects that at least one individual animal or plant, among a variety of listed species, may be exposed to the pesticide at a sufficient level to have an effect, which will be adverse. The LAA threshold for a BE is very sensitive because the likely “take” of even one individual of a species, which includes unintentional harm or death, triggers an LAA determination. This is the case even if a species is almost recovered to a point where it no longer needs to be listed. As a result, there are often a high number of “may effect” and LAA determinations in a BE. An LAA determination, however, does not necessarily mean that a pesticide is putting a species in jeopardy. Jeopardy determinations are made by the U.S. Fish and Wildlife Service and the National Marine Fisheries Service (collectively “the Services”) in the course of a formal consultation that evaluates any effects of the pesticides on entire species.

A BE is a document that contains EPA’s analysis of the effects of a pesticide on federally threatened or endangered species and their designated critical habitat, and any conclusions that the pesticide may affect, and is likely to adversely affect, any of these species or habitats. The BE is used to initiate consultation with the Services, if needed. This evaluation encompasses all registered uses and approved product labels for pesticide products containing these chemicals.

When formal consultation is necessary, the Services use the information in EPA’s final BE to develop their biological opinions (BiOps). In their BiOp, the Services document their determination of whether a pesticide jeopardizes the continued existence of the species and whether there will be adverse modification to its designated critical habitat. If jeopardy or adverse modification is determined, the Services, with input from EPA, will propose additional protections.

The draft BEs released today were developed after the release of EPA’s proposed interim decisions (PIDs) for the neonicotinoid pesticides in January 2020. As part of the PIDs, EPA has begun the process of proposing mitigation measures, such as annual application rate reductions and application timing restrictions under the Federal Insecticide, Fungicide, and Rodenticide Act, which will be finalized after the completion of the final BEs. Additional mitigation measures may be developed through formal consultation on the neonicotinoid pesticides. EPA is interested in finding ways, through discussions with stakeholders, to implement mitigation measures that further protect endangered and threatened species earlier in the ESA consultation process.

Read the draft biological evaluations for clothianidin, imidacloprid and thiamethoxam on EPA's webpage. To learn more about these BEs, see the Frequently Asked Questions. EPA is accepting public comments for 60 days upon publication via docket EPA-HQ-OPP-2021-0575 at www.regulations.gov, and will finalize the BEs after reviewing the comments.