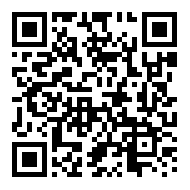 Wynca’s board of directors approved the “10,000-ton lithium hexafluorophosphate project” to be launched through a joint venture between the company and DFD Industries, Wynca announced on August 3 in China.

According to the announcement, Wynca will set up the joint venture for the supply of chemical raw materials to DFD Industries and its subsidiaries or designated third-party companies.

A subsidiary of DFD Industries is an electrolyte giant in the Chinese market. At present, the new energy automotive industry is growing, and so is the energy storage market. So, the lithium hexafluorophosphate market demand is continuing to grow, which is a strong backup for Wynca’s business deployment in the field of lithium batteries.

Meanwhile, Wynca’s board of directors has reviewed and approved a project between Wynca and Leshan Xiexin for an annual 200,000-ton industrial silicon powder production project (phase I), from which supply will be made to the Leshan Xiexin Grain Silicon Project as a priority to meet the needs of producing silicon powder. Industrial silicon powder, as the basic material of the silicon industry chain, can be used for the production of organosilicon, polysilicon and grain silicon, of which grain silicon and polysilicon are raw materials used to manufacture photovoltaic panels.