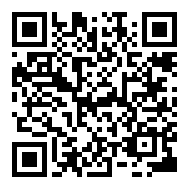 Sumitomo Chemical announced the commercial pre-launch of its new fungicide Excalia Max, which will be on sale in the Argentinian market in 2022.

According to Marketing Manager Lucas Díaz Panizza, “The specialty of Excalia Max is that it achieves a control that exceeds 90 percent in this type of diseases, with an increase in yields of around 10 percent.”

“We are carrying out the pre-commercial launch of this product. It is a new fungicide composed of a carboxamide in mixture with a triazole, and whose novel aspect is based on a molecule, Indiflin, discovered by Sumitomo Chemical and completely new for the market,” Panizza explained.

Although the mode of action of carboxamides is something with multiple antecedents and field experience, “The value that this molecule increases and its main differentiator concerning what is known today is its outstanding performance in controlling rusts mainly, both in soybeans and wheat. Not only can it be used in the future for foliar applications, but work is being done to ensure that it can be used in seed treatment and on other crops,” Panizza added.

The executive considered the launch an important milestone for the company at the regional level, due to the incidence of soybean rust in countries of the region such as Brazil and Paraguay. In these countries, there are campaigns in which fungicides are usually applied up to four times to control them. In Argentina, where conditions with wheat rusts are frequent there are two applications per season. The product has just received registration in the United States, Canada and Japan and Argentina will be the first in Latin America, followed by Paraguay, Brazil and Bolivia.

For now, the commercial pre-launch and next market launch scheduled for 2022 is for foliar applications only, with a recommended dose of 700 cubic centimeters per hectare.

“Thereafter, the plan is to develop other formulations for seed treatment, and other combinations with other molecules for foliar applications and other crops. It is the new control standard that the company will offer, supported by this new technology that is Indiflin,” Panizza said in conclusion.

According to the fungicide evaluation network led by the INTA (National Agricultural Technology Institute), when carboxamides such as Excalia Max are used, it achieves an average recovery of around 120 kilos per hectare. In the case of batches with high disease pressure, favorable differences of up to 300 kilos have been observed.

Sumitomo Chemical's technical product coordinator, Mauro Balza, emphasized, “The product stands out because it is a new carboxamide, which combines two modes of action: Indiflin 6% plus Tebuconazole 20%. It is a systemic, foliar application, without the risk of washing or phytotoxicity, and with good photo stability. Its action is to inhibit cellular respiration and ergosterol biosynthesis.”

Providing some more data on the effectiveness of the control, he stated that in the case of simple applications, compared to controls with up to 100 percent incidence and 30 percent severity of yellow rust, these proportions dropped to 27 percent. and 12.6 percent, respectively. In the yield, the answer was 940 kilos per hectare.