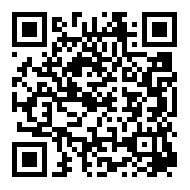 Glyphosate: A timeline of a pesticide's rise and legal cases

With the glyphosate price rising again last week, 95% of suppliers of glyphosate powder have increased their quotation up to RMB50,000-55,000 per ton, with exports quoted at US$8,000 per ton FOB, according to an intelligent agency in China.

Concerning the market going forward, industry analysts believe the prices of agricultural products are rising, and the downstream demand is strong, whilst productions at the supply side are being restricted by the pandemic abroad in addition to the rising prices of upstream raw materials. Therefore, the continued price rise of glyphosate was foreseen in the short term.

In the recent past, some small and medium-sized glyphosate manufacturers, such as Jiangxi Jinlong Chemical Co., Ltd and Fujian Sannong Pesticide Co., Ltd, have been shut down or restructured one after another. In this context, glyphosate production capacity in China has been reduced by more than 300,000 tons/year, whilst only around 10 manufacturers are still running today. By the end of 2020, the total annual capacity of glyphosate in China was 670,000 tons.

Glycine, another material for production of glyphosate, is also affected by the environmental compliance inspection in Shandong Province and the traffic control in Hebei Province. Hence, production at some manufacturers has been restricted. Moreover, the production of raw materials such as acetic acid, liquid chlorine and synthetic ammonia have all stayed at a higher level, which has supported the price rise of glycine.

In general, the decrease in the production load and the rising price of raw materials is supporting the price rise of domestic glyphosate. According to industry insiders, because of the downturn in the glyphosate market in the early stage, there have been no new investments. So, the market supply has continued to shrink. Meanwhile, Bayer is going to implement its new formulation price beginning from July 19, of up 20% over the previous price. The price of technicals converted from formulation price goes far beyond the transaction price in the Chinese domestic market, which means that domestic glyphosate price has quite a big room for price escalation over the domestic price in the United States.

From a sales perspective, the purchase order to glyphosate enterprises has been scheduled for implementation until September. This kind of time slot is very rare in recent years. The suppliers such as Xingfa Group expressed that the pressure of selling is not big and the purchase orders have been taken for implementation in August and September, most of which are priced on a case-to-case basis. Until then, glyphosate price is unlikely to fall substantially.

At present, manufacturers are focusing on the implementation of existing orders, with a few new orders being taken, which is a clear sign of the situation of demand exceeding supply. In general, the glyphosate market will be sustained at its high level, which will not immediately decline even if there is a steep increase in the price.

The dealers have a lower level of inventory at hand. Furthermore, manufacturers are mostly concentrating on the completion of prompt deliveries, which is one of the factors that has facilitated the price rise of glyphosate. However, the price of glyphosate, which is at a high level for a certain period, will not keep rising all the time. After all, there are alternatives such as glufosinate and sulfentrazone.