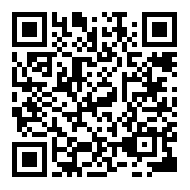 According to Reuters, ChemChina is aiming to raise around $10 billion from a Shanghai IPO for Swiss agrichemical giant Syngenta Group, in what is set to be the world's largest flotation this year, sources with direct knowledge of the matter told Reuters.

ChemChina, which became part of Sinochem Holdings Corp last month, is also considering a secondary listing for Syngenta that could take place less than a year after its debut, with exchanges in Zurich, London and New York among the options being examined, sources said. Hong Kong is also being considered but is not a frontrunner, said one of the sources.

Syngenta is likely to be valued at around $60 billion including debt, or $50 billion without, said the sources who were not authorised to speak to media and declined to be identified.

That compares with the $43 billion price tag ChemChina paid for Syngenta in 2017 - the country's biggest-ever foreign takeover aimed at using the Swiss firm's portfolio of top-tier chemicals and patent-protected seeds to drastically improve domestic agricultural output.

Since being taken over, Syngenta - the world's No.1 crop protection maker and No. 3 seed supplier - has been merged with Israeli agrochemical firm ADAMA and the fertiliser and seed business of Sinochem.

The prospectus for the initial public offering on Shanghai's STAR market could be lodged as soon as Wednesday, the sources said.

Syngenta spokesperson Saswato Das declined to comment. Representatives for ChemChina and Sinochem could not be reached for comment outside of regular business hours.

The float would be bigger than video-sharing platform Kuaishou Technology's (1024.HK) $6.2 billion Hong Kong IPO. It will also be the two-year-old STAR board's biggest - a major boost after the eleventh-hour scrapping of Ant Group's blockbuster listing last year due to regulatory trouble.

About one-third of the proceeds from the Shanghai IPO will be used to repay debt, with the rest spent on research and development and new businesses, the sources said.

Syngenta competes with Germany's BASF (BASFn.DE), Bayer (BAYGn.DE) and U.S. agrochemicals company Corteva (CTVA.N), employing 49,000 people globally. It generated sales of $23.1 billion in 2020 and the United States and Brazil are its biggest markets.

Benefiting from rising commodity prices which helps farmers afford its seeds and sprays, Syngenta's sales increased 20% during the first quarter of 2021. Farmers have also rebuilt their stocks of seeds and pesticides after running them down during the pandemic last year.

It expects to see higher spending by farmers to feed the world's growing population and as changing climate conditions stoke demand for products like drought-resistant seeds.

Demand in China has also boomed, with Syngenta's first-quarter sales there increasing 41%. It has some 400 training centres across the country teaching farmers how to increase productivity.

As part of the listing process, Syngenta has conducted a so-called "tutoring" process with banks which is unique to China and sees bankers coach company executives on IPO-related issues.

More banks are expected to be part of the deal at a later date, the sources said.

Companies have raised $8.8 billion via IPOs on the STAR Market so far this year, making it the seven-biggest market globally, far behind the Nasdaq, New York and Hong Kong, Refinitiv data showed.

Beijing has been keen to nurture the Nasdaq-like bourse amid Sino-U.S. tensions that have also triggered concerns about prospects for Chinese companies listing in the United States.